The new year is here, and what better way to start it off than by saving a bit of cash. Whether you’ve made saving money one of your resolutions or you simply want to trim unnecessary expenses wherever possible, Swappa is here to help. Here at Swappa, we’ve always saved you money by helping you get the best deals on gently used smartphones and electronics. However, we want to do even more to save you cash. Over the last few months, we’ve been hard at work compiling data for dozens of the best wireless plans — and now we want to do even more to help you save!

When you start comparison shopping between affordable wireless carriers, you may start to feel a little overwhelmed. We can’t blame you; choosing the right carrier is hard. There are dozens upon dozens of similar offerings, sometimes differing only by certain details and fine print. In order to provide clarity to the seemingly overwhelming choices, we’ve decided to compile all the best prepaid carriers and plans that operate on each of the four major US networks. Today, we’re starting with MVNO carriers that operate on the nation’s third-largest network: T-Mobile.

We recently took an in-depth look at T-Mobile’s past, present, and future. But for those who haven’t yet had the chance to read it, let’s get you all caught up. Founded in 1994 as VoiceStream Wireless, T-Mobile has had a long and storied past. Following an acquisition by Deutsche Telekom in 2001, the company was renamed to T-Mobile US. Today, T-Mobile is the nation’s third-largest network, and the first to have what can truly be considered to be nationwide 5G.

T-Mobile currently operates three distinct networks, spanning three distinct generations of wireless technology: 3G, 4G, and 5G. And although T-Mobile may not quite have the largest network coverage out of the big four, they certainly have the most expansive 5G coverage out of any of the major carriers so far. In fact, T-Mobile has been earning a lot of favorable press due to its rapid rollout of low-band 5G.

We’ve already covered what MVNO carriers are and how they can save you money, but as a quick recap, MVNO stands for Mobile Virtual Network Operator. An MVNO is typically a smaller, prepaid carrier that buys network access from one (or more) of the big four wireless carriers in bulk in order to re-sell it to consumers at a discount. By doing so, MVNO carriers can often save you money while giving you access to the same networks that you’ve grown to love.

One thing to be aware of when looking at MVNO carriers is the issue of Network Deprioritization. For those unfamiliar with the term, this refers to the practice where MVNO users may see slower speeds than users connecting directly to the host network. The extent to which network deprioritization occurs varies widely depending on time of day, which host network you’re connecting to, and network traffic. Luckily, this is one area in which T-Mobile MVNOs shine. In addition to having one of the most advanced 4G LTE networks and the widest 5G coverage out of all the major US networks, independent testing by Tutela has revealed that MVNO carriers using the T-Mobile Network tend to not suffer from the same network deprioritization issues as those using other host networks.

What carriers use the T-Mobile network?

There’s a lot to like about T-Mobile and its network technology. Given the size, reliability, and advanced technology employed by T-Mobile’s network, it should come as no surprise that there are several MVNO carriers that operate on T-Mobile’s network.

Best carriers and plans on the T-Mobile network?

Now that we know which carriers operate on the T-Mobile network, it’s time to take a closer look to see how their best plans stack up. Since there are too many plans to list in a single table, we’ve decided to highlight some of the most compelling options on each carrier. Here, you’ll find the best cheap plans and the best heavy usage plans so that you can determine the best overall bang for your buck based on your usage profile.

* Although data is technically unlimited, speeds are lowered after your plan’s limit has been reached.
** Pricing assumes maximum possible discount by either purchasing a year of service in advance or by using auto-refill.

What phones work on T-Mobile MVNOs?

Since all of the MVNO carriers we have talked about today function on the T-Mobile host network, you will generally be able to snag a great deal on a gently used T-Mobile phone without any issue. Alternatively, you can pick up a newish unlocked phone as long as that phone is compatible with T-Mobile’s network bands and frequencies. So whether you’re looking for a used T-Mobile iPhone in mint condition or a flagship Android phone, the Swappa Marketplace has you covered.

Which carrier is best?

As with most choices in life, there is no single right answer. Determining what’s best really depends on you and how you use your smartphone. And while there are certainly some plans that suit the needs of most people better than others, not everyone uses their smartphones in the same way. So to help you narrow things down a bit, we’ve come up with a few suggestions based on general usage profiles.

Whether you only need basic cellular service for a backup phone for emergencies or you have constant access to WiFi networks throughout the day, there are plenty of ways you can save money on your wireless bill. For those who barely use their phones and are in search of the absolute cheapest plans possible, it’s hard to beat Ting Mobile. We recently took an in-depth look at Ting Mobile’s pricing, and found that with minimum rates of just $6/month, light users could potentially save a lot of money with Ting.

How about those who use their phones a bit more, but still stay within reason? Here, we’re getting into the realm of the typical smartphone user — you know, the type of person who may stream a few hours of YouTube per week and an hour of Spotify per day, but they also have access to WiFi when they’re at home or at work.

While Ting Mobile’s rates still make sense for moderate users, they start getting a bit pricey as usage goes up. This is where carriers like Mint Mobile and Lycamobile come in. If you’re the type of shopper who likes to save by buying in bulk, Mint Mobile is for you. With unlimited plans that start at just $15/month (3GB high-speed) when buying a year at a time, there’s a lot of savings to be had. But what if you don’t like buying service for many months in advance? Lycamobile offers unlimited plans for as low as $19/month (1GB high-speed).

Are you permanently attached to your smartphone? Are your eyes constantly glued to your screen as you stream countless hours of HD movies each and every month? This is where the heavy-duty plans come in. Here, we’re looking at high-speed data limits of 40GB and up, with some even offering truly unlimited data.

Lycamobile still makes a lot of sense here, with a heavy-duty plan for $50/month offering 40GB of high-speed data per month. US Mobile also offers unlimited data for $40/month, which can be upgraded to speeds of up to 250 Mbps with the “ludicrous package” for an additional $10/month.

In the end, every wireless carrier mentioned in this post has great offerings that make sense to at least some users — so what really matters most is making sure you select the right carrier for you. So take a step back, figure out just how much you really use your smartphone, and go from there. And while you’re at it, don’t forget to also check out some of the best deals on gently used T-Mobile phones and preowned unlocked phones on the Swappa Marketplace. Click on the button below to find the best wireless plans on carriers using the T-Mobile network.

Updated on November 9, 2021 • On Category Carriers 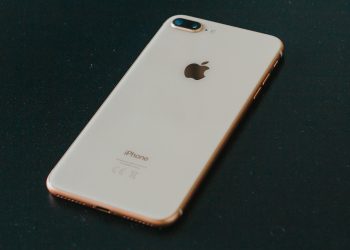 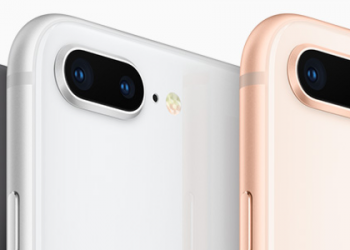 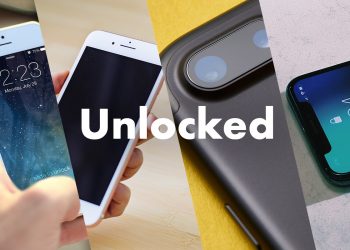