Every year Apple announces a brand new iPhone and fans lineup for city blocks for a chance to pick one up. While most will find a new set of bells and whistles worthwhile, bargain shoppers may find the lower prices of Apple’s older iPhone models a bit more appealing.

Apple drops the price of older iPhones in September — when all new models are introduced — typically by $100. While the vast majority of iPhone fans usually opt for the latest and greatest, Apple keeps around previous generation models as a more affordable alternative for those on a budget.

Anyone who’s been looking to buy a cheap iPhone that won’t break the bank, the iPhone 7 is a great lower-cost option. Priced at $449 (32GB), the iPhone 7 is currently the oldest and cheapest iPhone you can buy direct from Apple. Normally, it’s easy to predict when an iPhone’s price will drop, but this year will be different for the iPhone 7.

With a new lineup of 2019 iPhones launching later this year, the iPhone 7 will likely be discontinued altogether (like the iPhone 6S and SE before it), pushed off the shelf to make room for newer models. Soon, anyone who’s had their eye on an iPhone 7 will have to look to refurbished or used models if they plan on buying after September.

Don’t worry, you can still buy a cheap iPhone 7 on Swappa — all priced significantly lower than retail — coming in just about every storage size, color and carrier.

While Apple’s new retail price for the iPhone 7 technically won’t be dropping this year, used prices are falling all the time. Just compare the current $190 starting price for an iPhone 7 on Swappa with Apple’s $449 retail price and you’re looking at around 58% off when you buy an iPhone 7 in our marketplace. That’s huge.

If you’re dying to get your hands on a current gen iPhone as soon as possible, you don’t have to wait long to save bundles on a used iPhone. By simply waiting until November or December to make the jump, you can reap some serious savings.

Best time to buy an iPhone 7

Normally, the best time to buy a new iPhone is after a new model is announced in September. Seeing as how the iPhone 7 will likely be discontinued in September, if you’ve had your eye on this particular model, you may want to pick one up before then.

Those looking for the best deal on a cheap iPhone 7, however, will want to check out the Swappa marketplace. While used prices are always falling, you’ll find a slight dip leading up to the holiday season (just after September) although this mostly applies to the latest iPhone model launching that year.

Worst time to buy an iPhone 7

The only real “bad” time to buy a brand new iPhone is right before new models are announced in September, just before prices for older models are discounted.  This doesn’t really apply to the iPhone 7 since this specific model is on its way out for 2019 and will likely no longer be offered new from Apple.

For a used iPhone 7, there’s really no “bad” time to buy on Swappa. This is because prices are almost always falling. This can happen a little slower thanks to the iPhone’s lower depreciation rate, but one thing is inevitable: prices will fall.

No matter which iPhone you have your eye on, Swappa is the perfect place to find the best deals on all models, including the iPhone 7. With so many variants of the iPhone 7 coming in just about every model to fit your budget, we’re sure you’ll find something you love. Simply hit up the link below to start browsing our entire iPhone selection.

BUY A CHEAP IPHONE 7 ON SWAPPA 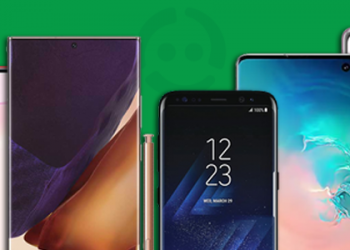 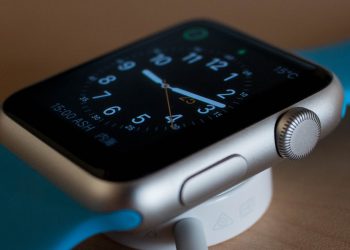