Apple iPhone vs Samsung Galaxy S: Which phone has the best resale value?

The very moment that you peel back the shrink wrap on your brand-new iPhone or Samsung Galaxy phone, you inevitably lose a substantial amount of resale value. In many cases, this near-instantaneous depreciation means that your new and shiny phone is suddenly worth just two-thirds of what you originally paid!

Here at Swappa, we’re firm advocates of buying a gently used phone in order to avoid that rapid, initial depreciation. But beyond buying used, does your choice in smartphone platform affect how well it holds its value on the used market? What about other Apple devices such as the iPad and Apple Watch? Join us as we take a deep dive into the resale values of popular Apple and Samsung devices to see which holds its value best.

Which phone has the best resale value?

It’s long been speculated that Apple iPhones have a higher resale value than their Android counterparts, and this appears to be true — at least early on.

Although Samsung phones hold their value better than most other Android phones (Google Pixel devices notwithstanding), they simply cannot match the iPhone during the first few years of device ownership. But after about three years, the resale values for both brands converge — with older Samsung phones fetching about as much as older iPhones.

Apple takes an early lead; Samsung catches up over time

The best example of the iPhone’s early lead in resale value comes immediately after launch. A current-generation used iPhone typically goes for around 85% of its original retail value, whereas current-generation Samsung Galaxy S and Galaxy Note phones tend to go for around 60% of their MSRP. This is part of the reason why you can get such great deals on the recently released Galaxy S21 (Swappa review).

The resale values for both brands converge over time. After 3 years of ownership, iPhones and Galaxy phones are both worth about a third of their original value.

Before we jump to any conclusions thinking that the iPhone’s early lead in resale value makes it better than Samsung, we must consider that there are great ways to save on either platform. If you’re looking for a killer deal on a gently used, current-generation phone, you’ll save the most money by getting a gently used Samsung Galaxy phone on Swappa. In contrast, you’ll have to wait a year in order to get the same sort of discount on a used iPhone.

Why do iPhones hold their value better than Samsung?

Now that we established that the iPhone holds its value extremely well, let’s try to figure out why. Regardless of the storage configuration, color, and sometimes even device condition, Apple phones generally carry the most resale value on the used market — at least during those first three years of ownership.

In a way, this makes perfect sense. All Apple iPhones are high-end, flagship devices. But beyond that, they offer a level of ecosystem integration not seen elsewhere in the industry. Of course, this isn’t to say that Samsung Galaxy phones don’t offer comparable specs, features, and performance to rival the very best from Apple — they do! It’s just that Apple devices typically go that extra mile to make sure that everything works well together and presents a cohesive user experience.

Finally, iPhones have even become status symbols to some. In addition to owning what is unquestionably one of the very best smartphones available, getting a new iPhone (especially within those first three years) is almost like wearing an expensive piece of jewelry. It’s a luxury item that commands an equally luxurious price — and to millions of smartphone buyers around the world, the premium experience is more than worth the premium price tag.

What iPhone color sells for more?

Here’s where things get a little tricky. Despite certain colors being more popular than others on the Swappa marketplace, this usually doesn’t translate into different resale prices. In other words, you should pick whichever color you like best, and rest assured that it won’t really affect your wallet a few years down the line when you decide to resell your iPhone.

While there are some minor differences in resale value between the different color choices, this is more often seen in smaller marketplaces that are more limited than Swappa. However, part of the beauty of Swappa is that we safely and conveniently connect buyers and sellers all across the country. Because of this, we cut out the middleman and bring all the best buyers and sellers together so that everyone can save!

That said, if you really want to play it safe and make sure that you have the absolute best resale value down the road, you can’t go wrong with the more traditional color options. They typically have the broadest appeal — much in the same way that the most popular car colors are black, white, and silver. However, the biggest thing you can do to make sure you get the most for your used iPhone is to sell on Swappa!

GET MORE MONEY FOR YOUR USED IPHONE

Now that we know that the iPhone holds its value well, let’s see how this stacks up to other Apple products such as the iPad and Apple Watch.

As you can see, the Apple Watch retains a similar (but slightly higher) percentage of its original value when compared with the iPhone. The iPad retains even more of its original value on the used market — remaining fairly close to MSRP even after two to three years! This is most likely due to how older iPads are still great at web browsing and content consumption.

So what can we learn from all this? For starters, depreciation is an ongoing process. This applies to all phones — whether Samsung Galaxy or Apple iPhone. Phones just keep getting cheaper over time, as new models are released. It doesn’t really matter who makes it, you’ll always get more money the earlier you sell your phone. So if you have a phone that you’re not using, the best time to sell is NOW.

We also learned that Apple iPhones do indeed hold their value better than Samsung phones — at least during the first 2 to 3 years. However, the resale values converge over time. So if you want to hold on to your phone for more than two or three years, resale value won’t be significantly different between the two brands.

Whichever phone you choose, you’ll always make the most money by selling on Swappa. Whether in-person or through our online marketplace, Swappa is the safest and easiest way to buy and sell used tech online. Each and every listing is screened by our expert moderation team before it goes live to keep scams and junk devices out. So what are you waiting for? Sell on Swappa today!

GET THE MOST FOR YOUR USED PHONE ON SWAPPA

How we got our numbers

Note: We restricted our search to just Samsung’s high-end phones because we wanted to make sure we were comparing products targeting similar market segments in order to have an apples-to-apples comparison — or perhaps more accurately, Apples-to-Samsungs.

For other Apple devices, we looked at every Apple Watch and Apple iPad dating back to 2014. This meant looking at all iPads starting with the iPad Mini 4 and every single Apple Watch released to date.

With the appropriate devices selected, we then looked at current and historical resale value of each phone on the Swappa Marketplace, and compared these numbers to their original MSRP and launch date. We then used this to calculate resale value over time. 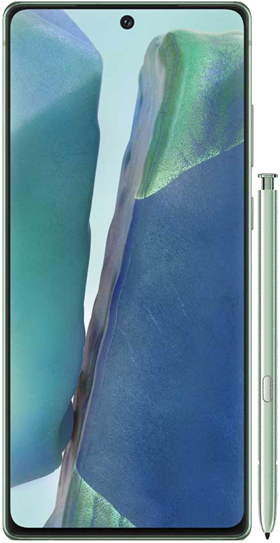