In what has become a fall tradition, Apple released the iPhone 11 lineup in late-2019. Unlike the previous generation, this time around Apple opted for a bit more simplicity in terms of the naming structure. Apple shifted away from the “R” and “S” branding (XR, XS, and XS Max) and introduced the iPhone 11, iPhone 11 Pro, and iPhone 11 Pro Max.

Is it worth picking up a used iPhone 11 on Swappa, and how does it stack up against newer phones  in 2022? Keep reading to find out!

We already have an iPhone 11 Pro review, so in this post, we’ll be focusing on the iPhone 11. One of the highlight features of the iPhone 11 is the dual-camera setup, which makes for a noticeable difference on the back of the device. However, overall, the iPhone 11 will have a familiar look and feel if you happen to be upgrading from an iPhone XR. Continue reading to learn more about the iPhone 11 and whether it’s worth buying in 2022.

Although the iPhone 11 Pro is the higher-end model for 2019, that doesn’t mean the iPhone 11 is lacking. Coming with solid improvements over the previous year’s iPhone XR, the iPhone 11, as opposed to the iPhone 11 Pro, is likely the best mix of price and features for most buyers. Let’s outline some of the key specs and how they compare to newer iPhones:

The iPhone 11 also features dual SIM (nano-SIM and eSIM) for network connectivity. The iPhone 11 originally shipped with iOS 13. However, the phone can be upgraded to iOS 14, which means you’ll be getting the latest version of iOS. 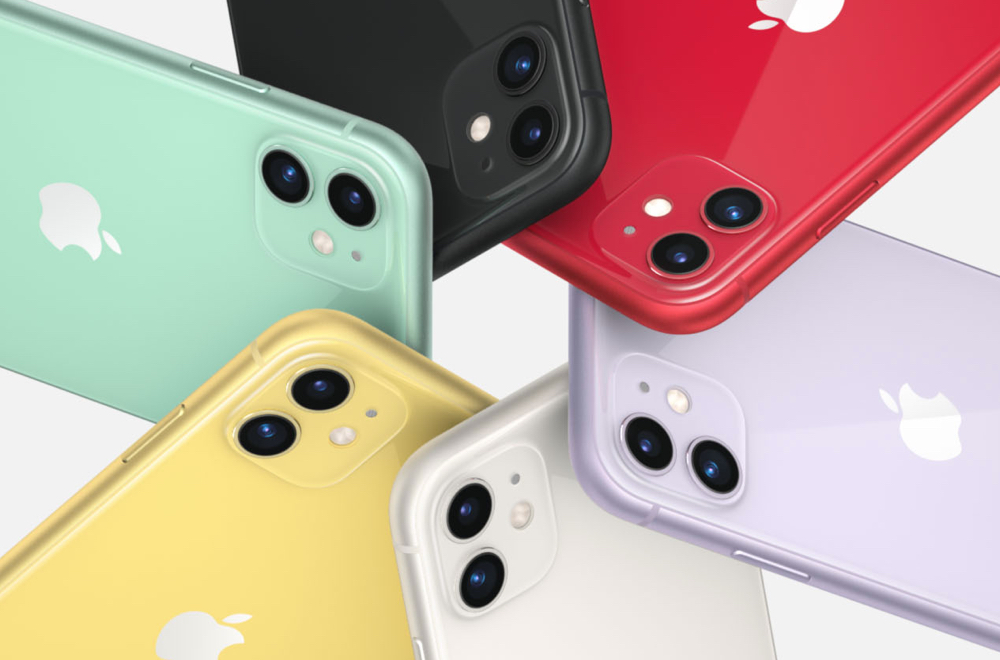 Apple is offering the iPhone 11 in six color options: Black, White, Green, Yellow, and Purple, as well as Product(RED). The black, white, and red options are fairly standard colors, with the green, yellow, and purple appearing as lighter, more pastel shades.

Keeping with the similarities, the iPhone 11 retains the same display technology as compared to the iPhone XR. That means the display on the iPhone 11 is a 6.1-inch Liquid Retina HD display with a resolution 1792 x 828 and a PPI of 326. This is Apple’s True Tone display with Haptic Touch and the now-familiar notch across the top center. 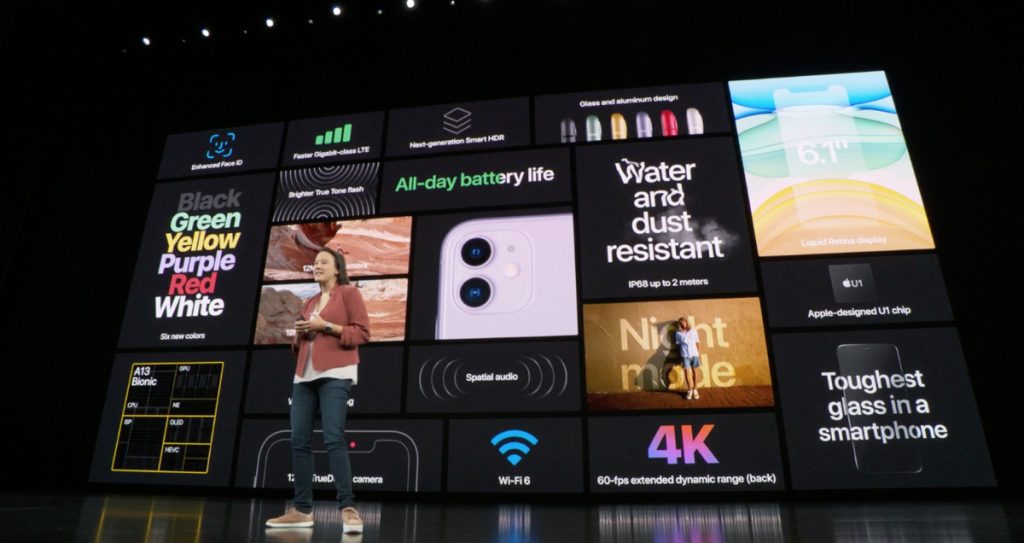 Some of the other new hardware additions that arrived with the iPhone 11 include Gigabit Class LTE (up to 30 LTE bands), 802.11ax WiFi 6 with MIMO, spatial audio to simulate surround sound, and Dolby Atmos support.

Is the iPhone 11 waterproof?

The iPhone 11 is not waterproof, but the design does provide some protection against water. The iPhone 11 is IP68 rated, which essentially means it is splash, water, and dust resistant. Apple states that the IP68 rating for the iPhone 11 means it can be submerged to a maximum depth of 2 meters for up to 30 minutes. Of course, Apple also says that you should avoid swimming or bathing with your iPhone, that it shouldn’t be taken into a sauna or steam room, and that it should never be exposed to pressurized or high-velocity water, such as when showering.

Does the iPhone 11 come with AirPods?

A popular feature for many smartphone users is the camera, and this is one of the key new features of the iPhone 11. Users will find dual 12MP Ultra Wide (f/2.4) and Wide (f/1.8) cameras on the rear — a step up from the single 12MP Wide (f/1.8) rear camera on the iPhone XR.

A key new camera feature is Night Mode, which will not be available on older iPhone models. Apple will allow for some experimentation with Night Mode, but in many cases, this will simply be automatically detected. The iPhone 11 will automatically turn on Night Mode when the camera detects a low-light situation. Users will be able to see this feature is activated when the Night Mode icon turns yellow, and the number you see next to the yellow icon will tell you how long the shot will take.

That last bullet point is where the “slofie” comes in. Apple not only coined this term during the announcement event, but they also applied for a US trademark on the term. Those looking to capture a slofie will only need to launch the front-facing camera and scroll over to the Slo-Mo mode. Once you have your slofie recorded, it can then be found and shared from the Photos app.

Apple also released Deep Fusion support for the iPhone 11 with the release of iOS 13.2. Deep Fusion makes use of the A13 Bionic Neural Engine, and Apple describes it as being an advanced image processing system that allows you to capture “dramatically better texture, detail, and reduced noise in lower light.”

In addition, the iPhone 11 has support for Portrait Mode with advanced bokeh and Depth Control on the front and rear-facing cameras.

Officially speaking, Apple has said the iPhone 11 offers up to an extra hour of battery life as compared to the iPhone XR. Following this claim down the chain, we then learn the iPhone XR has a battery that lasts up to 1.5 hours longer than the iPhone 8 Plus. Going a bit further back, we learn that Apple had touted the iPhone 8 Plus as offering up to 21 hours of talk time and up to 13 hours of internet use.

Essentially, this means you could expect an iPhone 11 talk time of up to 23.5 hours, and internet use of up to 15.5 hours. Other battery life estimates for the iPhone 11 include up to 17 hours of video playback, up to 10 hours of streaming video playback, and up to 65 hours of audio playback.

The iPhone 11 is available in three models, the A2111 for North America (the United States and Canada), the A2223 for mainland China, Hong Kong, Macao, and the A2221 for other countries and regions.
iPhone 11 Model A2111 band support includes:

Retail pricing begins at $699 for the 64GB model and goes to $749 and $849 for the 128GB and 256GB models, respectively. For comparison, the iPhone XR originally launched in late-2018 with a starting price of $749.
That new, slightly lower price should make you feel a bit better spending $699 to get an iPhone 11. But you can save even more by picking up a gently used iPhone 11. Prices are lower than ever, which means it’s the perfect time to buy!

Keep in mind that prices on Swappa will vary based on several factors, such as the condition, the amount of internal storage, and market demand. But if you’ve already convinced yourself that you want to buy a brand-new iPhone direct from Apple — we have just the place to sell your current iPhone. Selling your current iPhone on Swappa means you get more money than you would with the Apple Trade-In Program.