Today marks the beginning of a new month, September, which means we can take a few minutes to look back and see which phones made the best-selling list for August 2021. We are also eagerly anticipating the upcoming Apple event and taking guesses about how a new iPhone might change the best-selling list for this month. After all, a new iPhone means lots of sellers will be listing their gently used iPhones as a way to fund their upgrades.

Continue scrolling to check out the top ten best-selling used phones for the month of August. 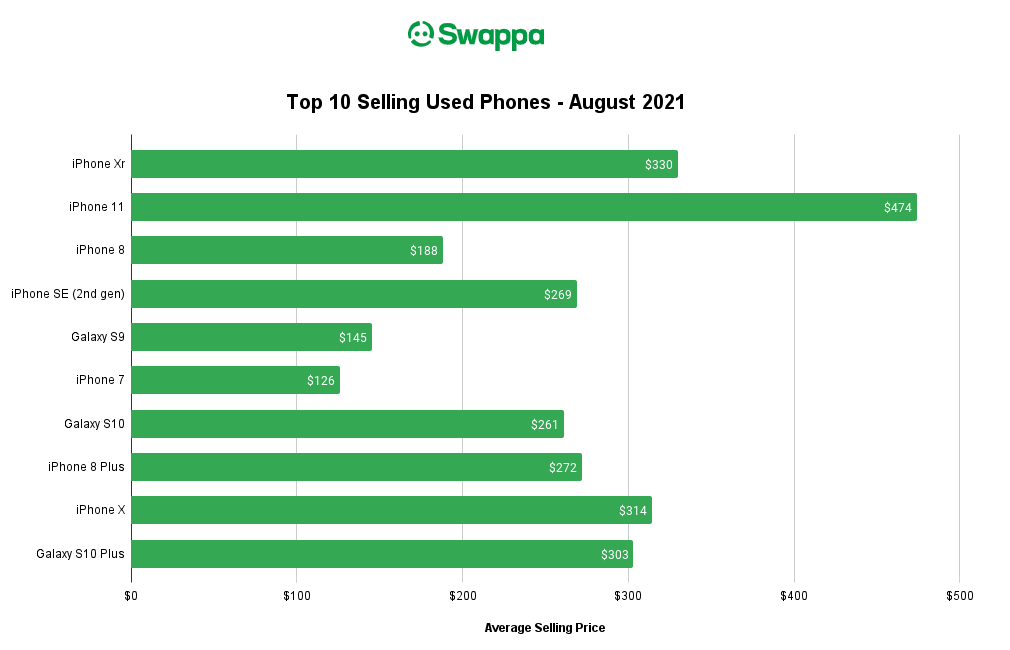 We always enjoy looking back to see which smartphones are the most popular with Swappa buyers and sellers. But this list is also being shared in an effort to help buyers and sellers. The best-selling list will help buyers get an idea of what they can expect to pay, and it will help sellers get an idea of what smartphones are in high demand. Of course, as a tip for sellers — prices tend to drop slightly going from month to month, so if you have a smartphone that is just sitting around unused — remember that right now is the best time to sell.

SELL YOUR PHONE ON SWAPPA

While Swappa may have its roots in Android smartphones, that isn’t the case in 2021. As of today you can find a wide variety of gently used tech in the Swappa marketplace, including some new categories that were just recently introduced — iMac and Mac Mini computers, as well as Nvidia GeForce and AMD Radeon graphics cards.