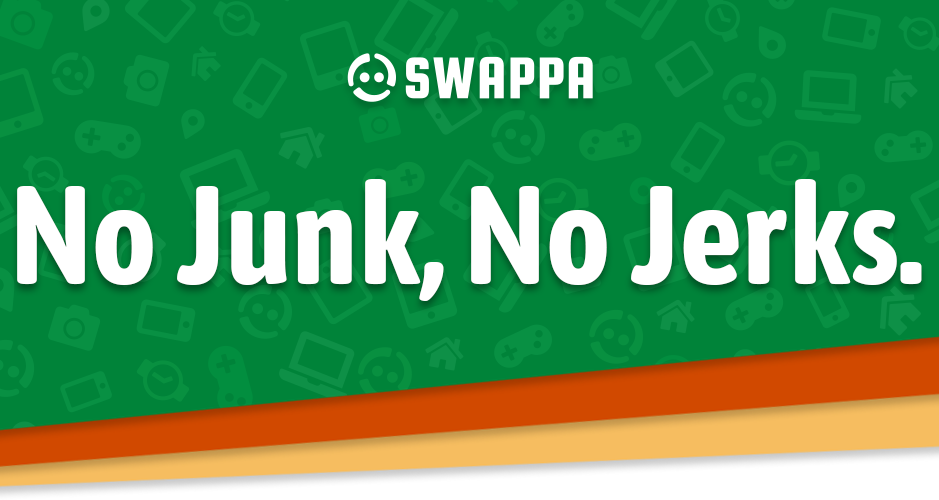 We have a strict policy here at Swappa. Simply stated — no junk, no jerks.

We’re a community of buyers and sellers, and we protect our marketplace so:

Listings are reviewed by a real person on the Swappa team before they go live. If you’re trying to sell junk devices (your phone shouldn’t be a Rorschach), it just won’t meet our quality standards. That’s why we call it newish and why we require verification photos. If we don’t allow an item to be in the marketplace, which happens quite often, know that this is because we have high standards for devices to be listed on Swappa. But please consider listing future devices on Swappa, as long as they are fully functional and meet our device eligibility criteria.

Most sales go through without any issue — but it’s life, and things happen. We like to give folks the benefit of the doubt; so when there’s a problem, we encourage sellers and buyers to communicate first, unless it’s a clear issue where our staff needs to step in. Swappa staff is always there to help, especially in frustrating situations, and our response time is the best in the business. We try to be understanding, favoring actions such as temporary holds until an issue is resolved or giving warnings. Swappa abides by the golden rule, which is to treat others the way we want to be treated, and always give every situation a rigorous review. But if someone is banned, there’s always a clear reason why.

Here’s why someone could get banned on Swappa:

Swappa was originally started because of a deal gone bad on Craigslist. We were tired of overpaying and getting scammed and knew there was a better way to buy and sell gently used tech. The Swappa experience has been going strong for over ten years now, connecting buyers and sellers across the country. Every feature, every partnership, and every conversation is built around saving you money — and making damn sure you make more of it when you sell here. We think you deserve it.

To all the scammers, fraudsters, skimmers, verbal abusers, and jerks — we hope you take it personally. It’s definitely you. To the rest of our beloved community, know we’re hard at work keeping your Swappa experience safe and worry-free.