We’ve reached the beginning of another month, which means we can take a few minutes to check out the top ten selling used phones for the previous month, April 2021. As we often see, the list is dominated by the Apple iPhone with just one Android smartphone making the list.

The iPhone 7 and the iPhone 8 have remained on the list, and some newer models such as the iPhone Xr, iPhone XS, the iPhone 11, and the iPhone 11 Pro also seem to be getting some staying power. The 2nd generation iPhone SE also gained a bit of popularity going from seventh in March to fourth in April. 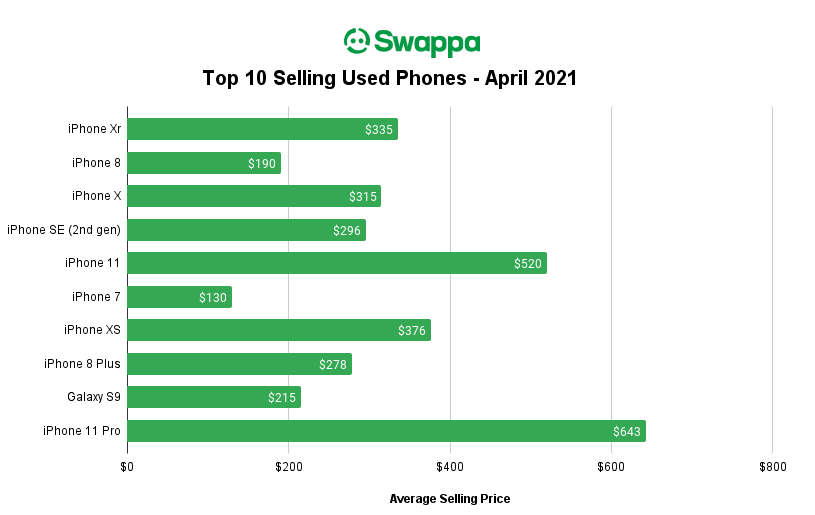 Of course, it is important to keep in mind that the prices shown here are the average for all sales. Individual sale prices will vary based on several factors such as market demand, the condition of the phone, and specs such as storage space. In other words, if you are selling any of the phones from the top ten list — your actual sale price may be slightly higher or lower than the average.

The Swappa marketplace is easy to use, and most importantly, it is safe and secure.