When shopping around for your next smartphone, there are many important specs to consider. You may already be looking for an iPhone or Android with a fast processor, a bunch of RAM, a great display, and the best camera — but most people tend to forget to consider a phone’s IP rating.

You’ve probably seen the terms IP67 or IP68 before and realized it had something to do with a phone’s level of water resistance. As with most specs, a higher number is preferable — but what exactly is an IP rating, and why should you care? Keep reading to find out.

Is there such a thing as a waterproof phone?

Let’s start by getting this out of the way: There is no such thing as a truly waterproof phone. Given enough water pressure or time spent submerged, all phones will end up with water damage. Instead, modern phones are dust- and water-resistant to varying degrees. This level of water resistance is dictated by a phone’s IP rating.

What is an IP rating on phones?

IP stands for Ingress Protection. A phone’s IP rating defines how well it is able to resist the intrusion of dust and water over time. In other words, the higher the IP rating, the better your phone can prevent dust and water from reaching the delicate electronics inside.

IP ratings are typically presented as the letters “IP” followed by two numbers. The first number indicates the level of protection against solids such as dust, on a scale of 0-6. The second number represents the level of protection against liquids, on a scale of 0-8. Sometimes, one of the two numbers is replaced with the letter “X,” indicating that no rating has been provided for that sub-score.

Most modern smartphones have an IP67 or IP68 rating under IEC 60529 standard, meaning that they are fully dustproof and able to withstand brief immersion in shallow pools of water — more on that below.

IP ratings are defined by the International Electrotechnical Commission under IEC standard 60529. However, the International Organization for Standardization expanded on this with ISO 20653, adding additional levels of water resistance to pressurized water jets.

Now that you know the basics, let’s figure out what the numbers really mean. Here’s an IP Rating Chart, detailing what each number in an IP Code signifies:

The majority of high-end smartphones you can buy today are IP67 or IP68. The first digit (6) means that they are fully dustproof. The second digit (7 or 8) means that they can withstand limited immersion in shallow pools of water.

What cell phones are waterproof?

As we mentioned above, there is no such thing as a truly waterproof phone — but many do offer varying levels of water resistance. Here’s a list of popular phones and their IP ratings:

Which iPhones are fully waterproof?

No iPhone is fully waterproof. However, all iPhones starting with the iPhone 7 offer at least an IP67 water and dust resistance rating. This means that at the bare minimum, modern iPhones are fully dust resistant and can handle submersion at a depth of 1 meter for 30 minutes.

Newer iPhones are generally more water-resistant than older iPhones, even if they share the same IP Rating. For example, although the iPhone 11 and iPhone 12 are both rated IP68, the iPhone 12 can withstand deeper submersion (4 meters vs 6 meters). In addition, Apple iPhones often exceed IP Code requirements within a given level. Here’s a comprehensive iPhone Water Resistance Chart:

Although there is no such thing as a truly waterproof phone, there are plenty of great options that offer varying levels of water resistance. So even though you shouldn’t take a cell phone into the shower or pool with you, a few drops here and there won’t kill most modern devices.

Whichever device you choose, you can find the best deals on Swappa. You’ll find great phones of all levels of water resistance on our safe and easy-to-use marketplace. So what are you waiting for? Click the button below to find yourself an IP rated phone today. 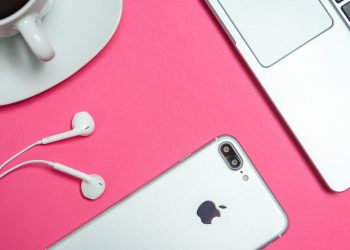 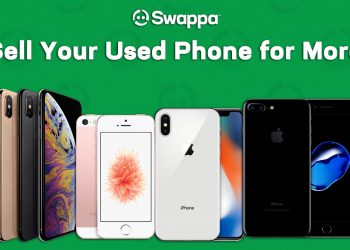