Technology moves fast and if you’re looking to get the most money for your old iPhone, the sooner you sell it the better. Whether you’re looking to upgrade or get rid of an old iPhone you’re no longer using, there are a few options you can use to get paid.

Although you could always use Apple Trade In to get store credit for your iPhone, like a used car dealership, you won’t receive anywhere near your iPhone’s true resale value. Why receive peanuts for your used iPhone when selling your phone on Swappa can get you a lot more money?

Swappa lets you sell your iPhone directly to buyers, allowing you to pocket the full value of your old iPhone. Simply put: Swappa is the best way to get the true iPhone resale value.

Where can I sell my used iPhone for the most money?

Swappa is the best place to get the most money for your used iPhone. But don’t take our word for it — to show you just how much your used iPhone is worth, we compared the average price for all iPhones in the Swappa marketplace with trade-in services from Apple, Best Buy, and Gazelle. This will help give you a much more accurate view of the true value of your used iPhone.

How much is the iPhone 12 Pro worth?

Pricing can vary largely based on the storage size, condition, and the specific carrier — so it’s best to search for your exact model in order to see what the current going rate is.

The iPhone 12 Pro was released in October for $999, while the larger iPhone 12 Pro Max didn’t arrive in stores until November and was priced at $1,099. Both phones are the most premium handsets Apple offers for 2020, with the 12 Pro featuring a 6.1-inch display, and the 12 Pro Max coming in 6.7-inches.

Seeing as how the iPhone 12 Pro and 12 Pro Max are the latest phones Apple sells, you can get top dollar if you’re looking to sell. Whatever your motivations are for selling, you’d better act fast before the value of the phones declines.

How much is the iPhone 12 worth?

Because it’s still a current-generation model, the average price of the iPhone 12 is around $665, while the iPhone 12 mini is around $570. If you’re looking to sell either phone, you can expect it will likely sell for around that much depending on the specific carrier, condition, and storage size of your phone.

Now that the holidays have come and gone, the iPhone 12 and iPhone 12 Mini‘s value will only continue to drop, so if for some reason you were looking to sell already, the sooner you can list the better.

The average price for a second-generation iPhone SE is around $260 in the Swappa marketplace. That means you can expect to get around that much when selling your old iPhone SE (2020) on Swappa but still depends on your specific carrier model, condition, and storage size.

Right now is the absolute best time to sell your iPhone SE (2020) on Swappa to get the most cash, especially before prices drop any further. Get started by clicking the button below.

How much is the iPhone 11 Pro worth?

The question is why anyone would even consider trading in the iPhone 11 Pro/Pro Max at Apple, Best Buy, or Gazelle where trade-in offers are shockingly low, borderline insulting. Get the highest value for your iPhone 11 Pro and iPhone 11 Pro Max by selling them directly to buyers on Swappa.

If you have an iPhone 11 Pro or Pro Max, and you’re looking to get the highest value, the sooner you sell the better.

How much is the iPhone 11 worth?

On Swappa, the iPhone 11 is currently worth around $465. Prices, of course, vary according to the condition, carrier, and storage capacity, but it should give you a better idea of how much your iPhone 11 is actually worth. So don’t get cheated and get the most money for your iPhone 11 on Swappa.

Apple released the iPhone 11 in September 2019 alongside the iPhone 11 Pro and Pro Max. Whereas Apple’s “Pro” line represented the best Apple had to offer, the iPhone 11 was more or less the spiritual successor to the more affordable iPhone XR. It doesn’t have all the bells and whistles as the iPhone 11 Pro or Pro Max, but it’s still a great value.

How much is the iPhone XS worth?

According to the Swappa marketplace, the iPhone XS is worth around $350, while the larger iPhone XS Max is worth around $415. Since these are only averages, actual prices may vary according to the condition, carrier, and storage capacity. No matter how you slice it, Swappa is easily the best way to get the most money and the true value for your iPhone XS. So don’t trade in the iPhone XS or XS Max when you can sell it directly to buyers on Swappa.

With the release of the iPhone 11 Pro and iPhone 11 Pro Max in 2019, both the iPhone XS and XS Max were officially discontinued. This makes the iPhone XS/XS Max especially valuable in the used and refurbished markets, the only place where these models are available. If you’re looking to sell, sooner is always better while they’re still fetching top dollar.

How much is the iPhone XR worth?

On Swappa, the iPhone XR is worth around $325. Prices vary depending on the condition of the device and the specific carrier model. After seeing how much you can get for your iPhone XR, why even bother trading it in? You can get way more money by selling your old iPhone XR on Swappa for its true value.

With the introduction of Apple’s iPhone 11 lineup in 2019, the retail price for the iPhone XR dropped to $599 (64GB) and $649 (128GB). As one of the most popular iPhones sold on Swappa, now is a great time to sell before new models launch in September.

How much is the iPhone X worth?

On Swappa, the iPhone X is worth around $305. Compare these averages with the iPhone X trade-in values from Apple, Best Buy, and Gazelle and there’s simply no contest. You always get the highest value for your old tech — like the iPhone X — when selling it directly to buyers on Swappa.

The crown jewel in Apple’s 2017 iPhone lineup, the iPhone X (aka iPhone 10), was announced alongside the iPhone 8 and 8 Plus. The iPhone X wasn’t officially available for purchase until November 3rd, giving the phone a late start. Pricing started at $999 (64GB) and $1,149 (256GB), making it the most expensive iPhone ever at the time.

The iPhone X was succeeded by three new models in 2018 built upon the original X design: the iPhone XR, XS, and XS Max. This was also the year the iPhone X was discontinued (which means we never saw Apple drop the price), with the iPhone XS adopting the same physical body only with upgraded internal hardware. Because it’s no longer available from Apple, used iPhone X models remain in high demand. So don’t trade in your iPhone X for peanuts — sell it on Swappa and get top dollar instead.

How much is the iPhone 8 worth?

Of course, you can still find all iPhone 8 models for sale on Swappa where it’s one of the most popular phones sold in our marketplace. If you’re looking to upgrade to a newer iPhone, now’s a good time as ever to sell your iPhone 8 on Swappa and get more cash than if you traded it in at Apple.

How much is the iPhone 7 worth?

The iPhone 7 was officially discontinued in 2019, but you can still find hundreds of models for sale in the Swappa Marketplace, where it remains one of our most popular and best-selling used iPhones. To get the most money for your iPhone 7 and 7 Plus, create a listing today by hitting one of the buttons below.

How much is the iPhone 6S worth?

In 2018, Apple officially discontinued the iPhone 6S, along with the iPhone SE and iPhone X. The iPhone 6S remains a fan favorite and a solid option for those wanting an iPhone experience without the high markup. This makes the iPhone 6S perfect for first-time phone users, or someone who doesn’t need all the bells and whistles of newer models.

On Swappa, first-generation iPhone SE prices start at $70 and go up depending on the condition, carrier, and storage size.

In 2018, the iPhone SE was officially retired with the release of the iPhone XR, iPhone XS, and iPhone XS Max. That means if you’re looking to buy the now-discontinued iPhone SE, you’ll have to find a used model. To see the current going rate for an iPhone SE on Swappa, simply hit the button down below.

Sell your used iPhone on Swappa for more cash 💰

Swappa is absolutely the best way to get the most money for your old iPhone — no matter which model or storage configuration you own. This is because the Swappa Marketplace allows you to deal directly with buyers and pays you actual cash for your old iPhone. That means more money in your wallet that you can spend however you like.

Whether you’re looking to upgrade to something newer, need money to pay off bills, or simply want to save for a rainy day — Swappa helps you get the most money for your old iPhone. So why trade in your iPhone when you can sell it on Swappa and get more cash today?

GET CASH FOR YOUR USED IPHONE 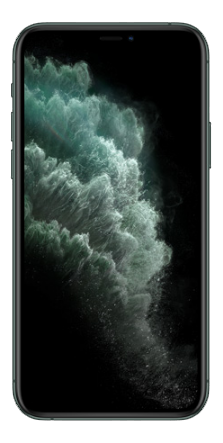 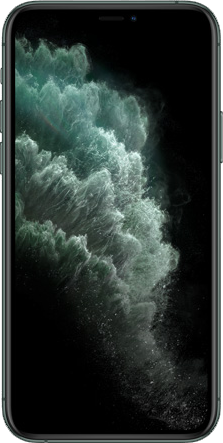