When shopping around for a cheap phone plan, most people tend to look to the big four US carriers for their wireless needs. Carriers like AT&T, Verizon, T-Mobile and Sprint offer a variety of wireless plans to fit most people’s needs (many of which we’ve covered here on the blog), but they may not fit into everyone’s budgets. If you’re looking to shave a few more dollars off your monthly wireless plan, smaller carriers could be the best way to save even more money on your cell phone bill.

Typically, you have smaller carriers — also known as MVNOs — who operate on the same networks as major carriers, but offer plans that are even cheaper than those offered by the Big Four. Visible, although not technically an MVNO but still a smaller carrier, is a new prepaid brand shaking up the space by offering a single unlimited plan for only $40 a month. You’d be hard-pressed to find a better deal than that, but there are some caveats. We’ll cover everything you need to know about Visible’s phone service to help you decide if they’re the right pick for you.

Is Visible owned by Verizon?

A relative newcomer to the space, Visible first launched their wireless services back in 2018, although available by invite only and only with select iPhone models. It wasn’t until January 2019 that Visible finally opened up their service to anyone and everyone, expanding support to (select) Android phones.

Visible is a wireless carrier that is a wholly-owned subsidiary of Verizon, yet operates independently as Verizon’s prepaid brand. This is different from traditional MVNOs who buy network access from major networks like AT&T or Verizon, then sell those services to customers at a profit (all while handling their own marketing, phones sales, and billing). Since Visible is Verizon’s affordable prepaid arm, this makes Visible closer to wireless operators like Cricket, owned by AT&T; MetroPCS, owned by T-Mobile; or Boost Mobile, owned by Sprint.

To sum it all up: yes, Visible is owned by Verizon, operates on their network, but they act completely independent of parent company Verizon. That means if you’re thinking about making the switch from Verizon proper to Visible’s prepaid services, you’ll still need to port your number and have a compatible device (any VoLTE phone from Verizon will work fine), same as if you were switching to any other carrier.

How is Visible different from Verizon?

Now that we’ve covered the similarities, you’re probably wondering what exactly is the difference between Visible and Verizon? Well, Verizon offers a variety of plans, services, and store locations, while Visible uses Verizon’s network for their services. A big difference is that Visible doesn’t have any retail stores, instead adopting an “all digital” business model. Everything from signing up for Visible phone service, to receiving your SIM card in the mail, to activation and monthly billing is done via the Visible mobile app. To top it all off, Visible makes everything dead simple by offering only a single unlimited plan. That’s it.

When it comes wireless service, Visible operates on Verizon’s nationwide 4G LTE, but there is a catch: Visible’s unlimited plan caps data speeds at 5 Mbps (although they’ve currently removed this speed cap restriction for a limited time). On top of that, Visible customers are deprioritized below Verizon’s regular postpaid customers. That means during network congestion on Verizon, Visible customers are the first to see their data speeds slowed down, although this is only temporary and shouldn’t be long before data speeds resume as normal. This, of course, depends on your location, so individual mileage may vary.

While most carriers have a variety of phone plans to fit most people’s budgets, Visible takes a much more simple approach, offering only a single Visible unlimited phone plan for $40 a month (taxes and fees included). As the name suggests, Visible’s $40 unlimited plan includes unlimited talk, text, data, and hotspot on Verizon’s nationwide 4G LTE network, but there’s more to it than that.

While “unlimited” certainly sounds promising, it’s Visible’s data speeds that are the only real concern. Although they’ve removed their 5 Mbps cap on data speeds for a limited time (it still applies to hotspot data, however), Visible’s $40 unlimited plan is permanently deprioritized. This means that data speeds can be slowed wherever and whenever Verizon’s network becomes busy.

That means you can expect less than consistent data speeds (even slower than that 5 Mbps cap) which can vary based on the time of the day. This may not sound like a big deal for most folks, but because Visible users are prioritized lower than a proper Verizon customer, reduced data speeds could be a more common occurrence than a comparable deprioritized Verizon Start Unlimited plan.

The real issue is you never know how low your data speeds will fall, with some reports of apps barely functioning at all, failing to deliver instant messages and unable to load images or driving directions. This could leave you relying solely on SMS messages and phone calls during peak hours, something that can be a huge inconvenience for the unprepared. It’s a clever way for Visible to claim “unlimited data,” even if that data can’t be used for very much on the worst days.

Despite these shortcomings, it’s hard to deny the value you get simply by being able to take advantage of Verizon’s fast and reliable 4G LTE network. Even if data speeds are capped at 5 Mbps and sometimes inconsistent, you can rest assured you’re covered just about anywhere in the country. After trying Visible’s $40 unlimited plan firsthand for myself, I was receiving a consistent 20 Mbps download/12 Mbps upload where I live, versus my T-Mobile Magenta Plus line ($85) struggling to pull 2.63 Mbps down/.76 up in the exact same location. Once you consider that Visible’s unlimited plan is only a flat $40 a month — it’s easily one of the best wireless values you can find.

Carriers often provide a variety of discounts, ranging from military discounts to family plans. For a limited time, when you first sign up with Visible, you’ll receive $15 off your first month’s bill, bringing the price down to a very reasonable $25. There’s no telling how long this promo will last, but it’s a great incentive to at least try Visible, especially if you already have a fully paid off (unlocked) Verizon phone in your possession.

Other Visible discounts include a promo for a $200 Mastercard for new customers who transfer a line over to Visible, and purchase one of their phones. A similar promotion exists if you’re looking to bring your own phone (BYOP), with Visible mailing you a $100 Mastercard, which is an incredible deal especially if you consider the already discounted $25 bill for the first month.

Similar to a family plan, Visible also offers a discounted rate the more people you get to sign up with their phone service. It’s called Party Pay and it’s more of an evolution of their previous referral program that previously gave a $20 credit for new sign ups and the referrer. With Party Pay, there’s no sharing of personal information and every person in your “party” is responsible for their own line and billing. This means everyone in the party has their own separate Visible account they’re responsible for, so you don’t have to worry about being held personally accountable if someone fails to keep up with their payments.

This leaves you free to sign up friends, family, acquaintances, or heck, even random strangers, all up to 4 people in total. Parties of 2 pay $35 a line ($5 discount), parties of 3 pay $30 a line ($10 discount), and parties of 4 only pay $25/mo ($15 discount). It’s a fun way to reward happy Visible customers already enjoying their phone service, while swaying newcomers to give it a try.

What phones work on Visible?

Like most carriers Visible sells a variety of phones, ranging from budget to premium, that are compatible with their network. Discounts vary upon the device in question, but you can find some pretty nice Visible phone deals by opting for lower end, older devices, or preowned models. Something like a brand new iPhone 11 Pro is only discounted by around $15 or so, but there’s also the option to make monthly installment payments with financing available from Affirm if you can’t pay the full price upfront.

If you’ve got an old phone that’s not compatible with Visible, they’ll allow you to swap it for one of theirs (a low-end Android phone) for free. Of course, like almost every other carrier out there, Visible also allows you to bring your own phone to their network and for a limited time offers a $100 Mastercard promotion for porting over your existing line and activating a compatible device. If your phone is unlocked, paid off, and fully supports Verizon’s 4G LTE network — it will work fine on Visible. For a full list of phones compatible with Visible, check out the list below.

Visible is relatively new when it comes to wireless services, so they’re still very much in their infancy stage. If you’re wondering if Visible is a good service, look no further than our Visible customer reviews page on Swappa which paints the wireless carrier in a mostly favorable light. It’s no surprise really. Because Visible is powered by Verizon’s 4G LTE network you can expect reliable coverage almost anywhere, although the biggest critiques seem to be centered around their online-only customer service (available by chat, text message, or via their social media channels). If you’re a current Visible subscriber in need of customer service or tech support, you can find Visible’s contact info here.

If you’re looking for more unbiased reviews straight from our very own Swappa users, check out our Visible reviews page. There you’ll find reviews based on network speed, support, and coverage. It’s a helpful tool for anyone who may want a second opinion before committing to something new. Hit the link below to see what customers are already saying about Visible. 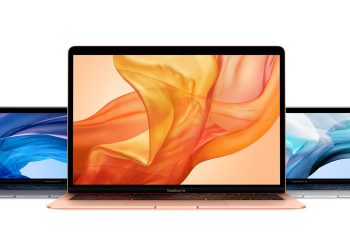 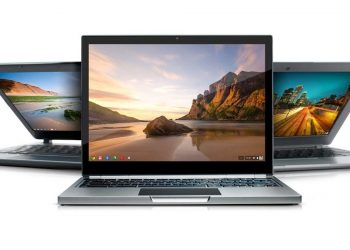