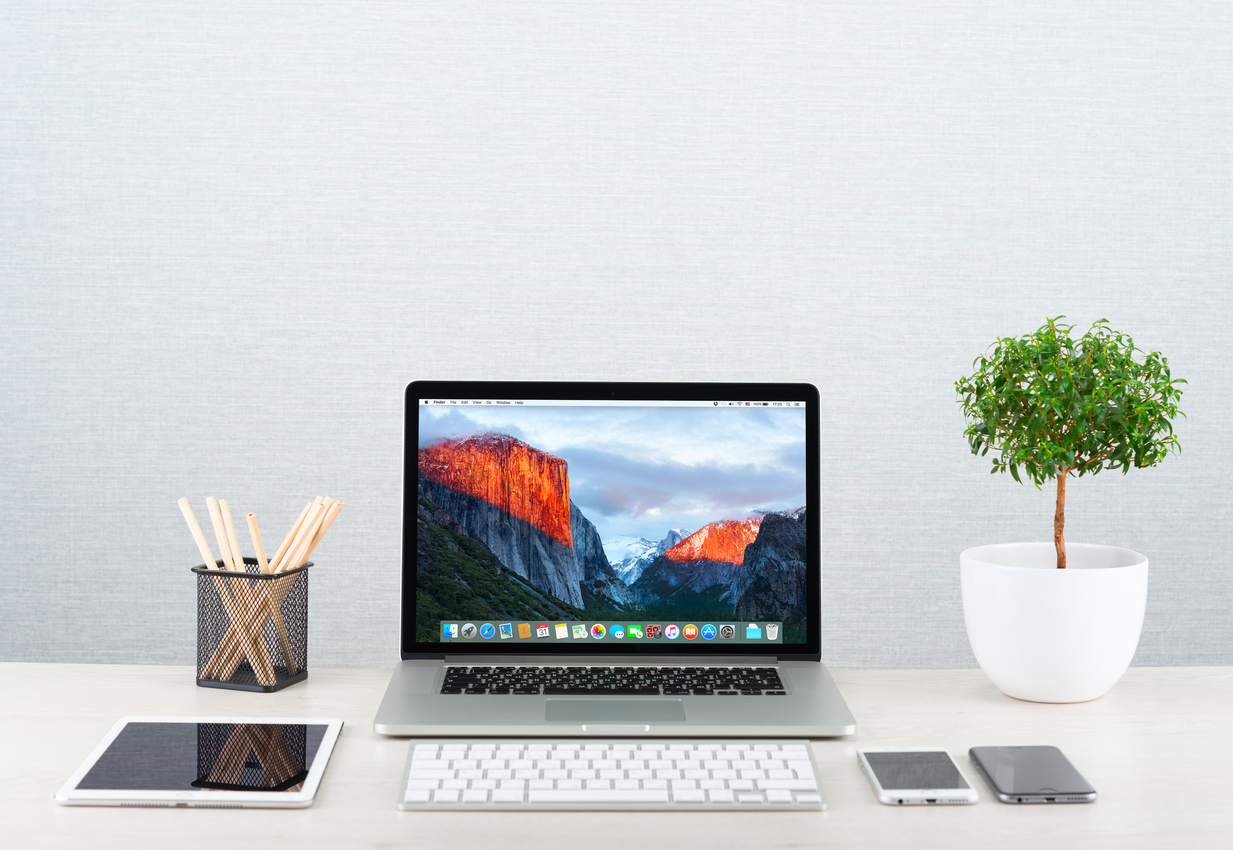 Microsoft vs. Apple. PC vs. Mac. This long-standing rivalry is able to strike up just as much controversy as Pokémon vs. Yu-Gi-Oh! or Ford vs. Chevy. However, when you line up the facts and compare the competition, the better laptop quickly identifies itself. Here are 5 reasons to choose a Mac over a PC.

For decades, Apple has been an unbeatable leader in tech design, from the unique and unfamiliar iMac in 1998 to the first cutting-edge iPhone in 2007. With every new release, there’s a competitor not far behind that falls short of first place when it comes to design.

Mac laptops (or all Apple products) are thin, sleek, lightweight pieces of high-performing machinery that look as good as they run. In fact, the MacBook is one of the lightest ultrabooks money can buy. With a fresh, modern design and optimal portability, Mac laptops are preferred by those who have to lug their laptop around campus, or on their commute.

Believe it or not, Apple computers account for less than 5% of computers across the globe. Because the vast majority of computer owners are operating on PC’s, Macs experience far fewer viruses and security threats.

Of course, this doesn’t mean you shouldn’t protect your Mac with some form of virus protection software, but it does mean that you’re less likely to get a nasty virus.

And while we’re on the subject of versatility in operating systems and software, may we point out Mac’s supportive and incredibly useful software variation comprised of handy tools like iMessage, iCloud, iCloud Photo Library, Handoff, iCloud Keychain, Find My iPhone, and more?

It wasn’t a bad move, launching hundreds of Apple stores and genius bars around the nation to reward Apple customers with exemplary customer support. With over 499 Apple stores worldwide, you can rest assured knowing that Apple has your back if ever anything should go wrong with your Mac.

If you were to purchase a PC and found yourself in a position later down the road where you needed help in resolving a problem with your computer, where would you go? Maybe you could ship it in, dig through a few online forums for some answers, or take it to your local Walmart. None of those options could compare to a well-trained tech nerd who specializes in the exact laptop you need to be repaired.

When we’re talking about Mac vs. PC in terms of pros and cons, there is one con that can’t slip by unnoticed: the price. There isn’t a Mac laptop on the market today that will sell less for a thousand dollars brand new, but there is a handful of PC products within the three-digit range. You get what you pay for, right? Maybe.

Who says you have to pay more than a grand to get a glossy, sleek, lightweight piece of high-performing tech? Not us! We know plenty of individuals who are selling their gently-used Mac laptops online for a fraction of what you would pay for a new one. Check out Swappa’s selection of used Mac products, from the famously lightweight MacBook Air to the impressive, multi-functional MacBook Pro.