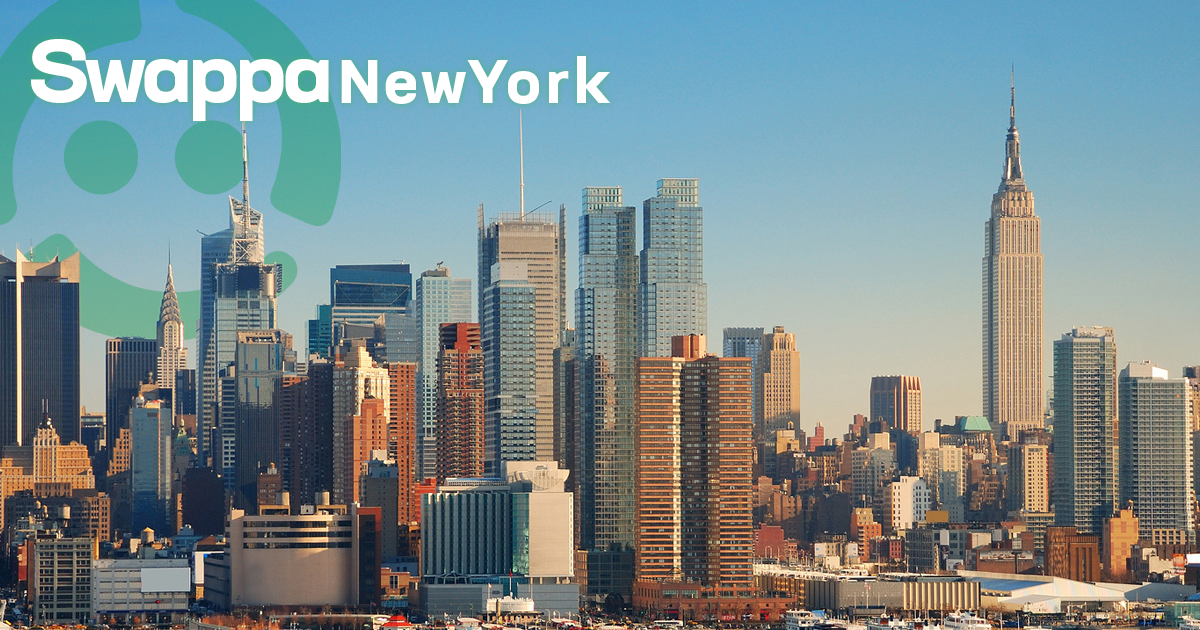 Buying and selling used tech is about to get much easier — and safer — for folks living in the Big Apple. Most New Yorkers are already familiar with online services like Craigslist or Facebook Marketplace for buying/selling used goods, including the risks associated with them.

For instance, when shopping for a used phone there are a number of factors that can prevent the device from being activated on your wireless network. With little-to no-policing of their respective marketplaces, that “deal” you found on an iPhone XR could turn out to be little more than an overpriced paperweight (or worse, a couple bars of soap). Swappa is aware of this and it’s precisely why we’ve cultivated the safest marketplace for buying and selling used tech online.

With more than 8 million people living in NYC, it’s our biggest local launch yet. It’s true, you can find almost anything in New York City. But despite its massive size, when it comes to finding a safe and reliable place to buy or sell used tech in New York, that might be a little more tricky. That’s where Swappa Local comes in.

At Swappa, we believe there’s nothing there’s little reason to pay full retail on a new iPhone, MacBook or other piece of consumer tech. Whether you’re looking to save money on a new purchase — or make some extra cash by selling stuff you’re no longer using — the secondhand market is a great way to both save and make money.

Before Swappa Local, NYC natives were limited to services like Craigslist or trendy garage sale apps when it came to buying and selling used tech. The problem is often times these marketplaces are filled with scammers running amok, selling stolen, iCloud-locked, or otherwise blocklisted phones that prevent them from being activated on a wireless network.

Instead of risking your hard-earned money buying a sketchy cell phone on Craigslist or Facebook, Swappa Local offers a better, smarter way to handle local transactions for face-to-face meetups.

A place that needs no introduction, New York City is the cultural, financial and media capital of the world. The most populated city in the entire United States, Swappa was already seeing a huge number of online-only transactions taking place in the New York City area. It’s because of this we made the decision to flip the switch and enable our local pickup option for those living in NYC. This is great news for users already enjoying Swappa, while inviting new users to find the best tech deals near them.

Swappa users in The Big Apple now have access to a safer marketplace, one that isn’t plagued with scammers or non-functional, iCloud-locked devices. Swappa’s Local marketplace is actively monitored by our support staff day and night. When we’re not manually verifying listings, our support team is answering questions, resolving issues, and verifying the status of every phone sold in our marketplace.

Whether you’re looking for a cheap iPhone in Manhattan, a Samsung Galaxy in Midtown, an Apple Watch in Brooklyn, a MacBook Pro in Queens, a DSLR camera in The Bronx, home tech in Staten Island or video games in Harlem — you’ll find the lowest prices when you shop for them on Swappa Local.

With Swappa Local, you can finally trust the tech you buy while simultaneously saving time, money, and getting more for your used tech. It’s a win for both buyers and sellers. So stop wasting time and start selling or shopping the best tech deals in your area by hitting the button below. Happy shopping!

There’s a good chance that if you’re shopping around for a new or used cell phone, it’s because your current one is cracked, broken, or otherwise damaged. While Swappa Local is a great way to find deals on cheap phones in your area, you may find it more worthwhile to simply repair your existing phone. No matter which option you decide to go with — Swappa has you covered.

With the newly revamped Swappa Repair Network, we’ve put together a collection of the best phone repair shops near New York City, NY. Should you find yourself with a cracked iPhone screen, water damage, or a bad battery, the Swappa Repair Network provides you with easy access to trained professionals standing by to repair your phone, tablet, or laptop. This allows you to shop, compare, and quickly find phone repair services around the New York City area, all of which offer a minimum 30-day warranty, so you can rest assured that your device will be good as new.

Whether it’s buying a gently used phone in our marketplace, shopping for the best deals on new phones or phone plans, or repairing your current phone to like-new condition, Swappa’s goal remains the same: do everything in our power to help save you time and money. For more on phone repair services in New York, check out the revamped Swappa Repair Network finder by hitting the button below.