South Florida residents have plenty of ways to keep busy, but when it comes to safely buying and selling used tech, options can be limited.

While Facebook and Craigslist are great for selling old baby cribs and coffee tables, they aren’t exactly known for their safety, especially when it comes to used phones for sale. Problems are numerous, with unreliable buyers wasting your time, fake listings, spam, or unverified devices with no guarantee they’ll actually work on your carrier.

It’s enough to turn off most people to the idea of buying used tech online. And this is precisely why we’re excited to announce that a better way to buy and sell used tech in your community is now officially available in Miami/Fort Lauderdale. Say hello to Swappa Local.

Trying to stay up to date with the latest tech can prove to be costly, which is why the secondhand phone market has been growing increasingly more enticing. Much like a preowned car, phones have a history attached to them and if they’ve been reported lost or stolen, they can be put on a universal blacklist preventing them from being activated on a new carrier. While this is a valid concern for bargain shoppers searching for the best deals using yard sale apps, Swappa Local’s marketplace is much different…

Swappa Local is built upon this same foundation of safety and support, only now we provide users with the ability to meetup for local transactions. Whether an item is available for shipping or pickup, Swappa users in SoFlo can rest easy knowing the devices they’re shopping for are legitimate and our support team is available 24/7, 365 days a year to answer any questions or concerns along the way. With Swappa Local, you always get the best deals on newish devices, like gently used iPhones in Miami / Fort Lauderdale, without having to pay the full retail price.

Swappa’s online-only marketplace already sees a significant number of transactions taking place in the Miami / Fort Lauderdale area. It’s because of this we decided to open up our local marketplace to users already enjoying our services in SoFlo, while welcoming new users looking for the best tech deals near them.

Swappa users in Miami and Fort Lauderdale now have access to a safer marketplace, one that isn’t plagued with scammers or non-functional, iCloud-locked devices. Swappa’s Local marketplace is actively monitored by our support staff 24/7 and when we’re not manually verifying listings, our support team is answering questions, resolving issues, and verifying the status of every phone sold in our marketplace.

Whether you’re looking for a cheap iPhone in Coconut Grove, a Samsung Galaxy in Overtown, an Apple Watch in Bay Colony, a MacBook Pro in Victoria Park, a DSLR camera in Coral Ridge, home tech or video games in Harbor Beach — you’ll find the lowest prices when you buy them gently used on Swappa.

Swappa Local is also perfect for Florida college students in need of some extra cash. Colleges like the University of Miami, Miami Dade College, and University of South Florida. Swappa Local makes it easy for college students on a budget to find great deals on used MacBooks in Miami / Fort Lauderdale and other discounted tech for school, all priced significantly lower than retail.

At Swappa, we don’t believe anyone should be forced to pay full retail on a new iPhone, MacBook or other piece of consumer tech. Whether you’re looking to save money on a new purchase — or make some extra cash by selling stuff you’re no longer using — the Swappa Local is a great way to both save and make money.

We know there are other services out there for buying and selling used tech, but we believe none are as safe and reliable as Swappa. So don’t risk your hard-earned money buying a sketchy cell phone on Craigslist or Facebook Marketplace. With Swappa Local, you can trust the tech you buy. Get started by hitting the button below. 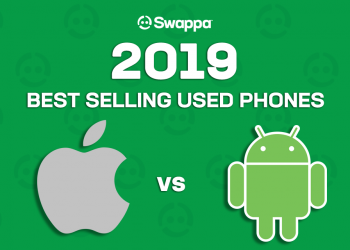 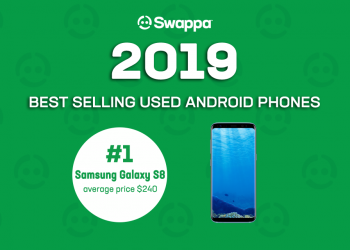 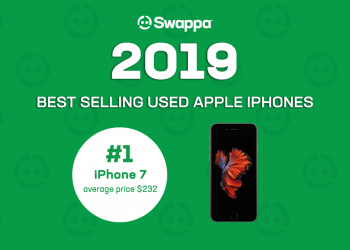