Whether you’re looking to upgrade your old iPhone or replace one that you lost or broke, a great way to save money is buying used. A cheap iPhone 8 gets you almost every modern smartphone feature at a price that won’t break the bank. In this post, we’ll tell you everything you need to know about the iPhone 8, so you can figure out if the iPhone 8 is worth buying in 2022.

The iPhone 8 was introduced in 2017, alongside the iPhone 8 Plus and iPhone X. As the eleventh generation iPhone, the iPhone 8 was the successor to the previous year’s iPhone 7 and introduced a handful of new features like Qi-standard wireless charging, a faster processor, 18W wired fast-charge, and an improved True Tone display.

Today, the iPhone 8 is nearly 5 years old, and the phone still holds up remarkably well compared to newer iPhones. Although technical specs don’t tell you everything about a phone (like real-world performance or usability), they can still be useful when comparing a phone to others.

The design may look a bit dated when compared against newer iPhones like the iPhone X or XS with their all-screen designs. And while the iPhone 8 does have large black bezels surrounding the display, it also has the traditional home button with Touch ID, a feature some prefer over Face ID (face unlock) on newer iPhones.

On the software side of things, the iPhone 8 launched with iOS 11, but was updated to iOS 15, the latest version of iOS currently available.

The camera may well be the weakest part of this phone, as it lacks newer features like Smart HDR and Portrait mode (although both of these features are present on the refreshed iPhone SE 2020). While the camera is nothing to write home about, it’s still an improvement over the previous year’s iPhone 7 and takes great photos during the daytime or where there’s bright indoor lighting. On the video side, the iPhone 8 can record 4K video up to 60fps and shoot slo-mo 1080p video at 240fps. That’s pretty impressive.

The iPhone 8’s glass and aluminum design is available in four colors: space gray, silver, gold, and red. The silver model has a white back, while the gold is more of a rosy/peach color, so keep that in mind if you were expecting more of a traditional yellow gold. Apple says the glass finish is made using a “seven-layer color process” for added color depth, and matches the “aerospace-grade” aluminum frame. It’s a solid color lineup, with the most popular color options sold on Swappa being space gray and (rose) gold.

How big is the iPhone 8?

The size of the iPhone 8 is typically measured by its 4.7-inch display, but that doesn’t paint the whole picture, especially when the 5.8-inch iPhone X is only a hair larger. How is that possible? Well, this has to do with the fact that the display size is 4.7-inches, but the phone itself has black borders (bezels) along the top and bottom. Newer phones like the iPhone X and XS have a screen that stretches to all four corners of the phone, allowing for a larger display in a footprint that’s only slightly larger.

For comparison, the iPhone 8 size is almost identical to the previous generation iPhone 6 and iPhone 7, only slightly thicker and heavier thanks to the glass back and wireless charging. If you were comfortable holding those phones, expect mostly the same from the iPhone 8. If you’re looking for something bigger, the iPhone 8 Plus or iPhone X make great options as well.

Is the iPhone 8 waterproof?

First off, there’s no such thing as a waterproof phone, with even the newest phones being water-resistant to varying degrees. In the case of the iPhone 8, the phone has received an IP67 water/dust resistance rating, which translates to the phone being able to survive being fully submerged in up to 1 meter of water for 30 minutes. So while you probably don’t want to take the phone into the pool with you, it will have no problem surviving a splash of water or a quick dip into the toilet (as well as the subsequent rinsing in the sink).

Although the iPhone 8 features a slightly smaller battery than the iPhone 7 (which likely had to do with Apple wanting to compensate for the iPhone 8’s thicker back glass) don’t expect the lower capacity to have a negative impact on battery life. In fact, Apple claims that the iPhone 8’s more power-efficient A11 Bionic chip delivers nearly identical battery life to the iPhone 7 before it. This translates to roughly 13 hours of video playback, according to Apple.

It’s also worth noting that the iPhone 8 also has Apple’s fast-charge feature which, when paired with an 18W or 20W adapter, is capable of charging the phone to 50% battery in 30 minutes.

How much does the iPhone 8 cost? 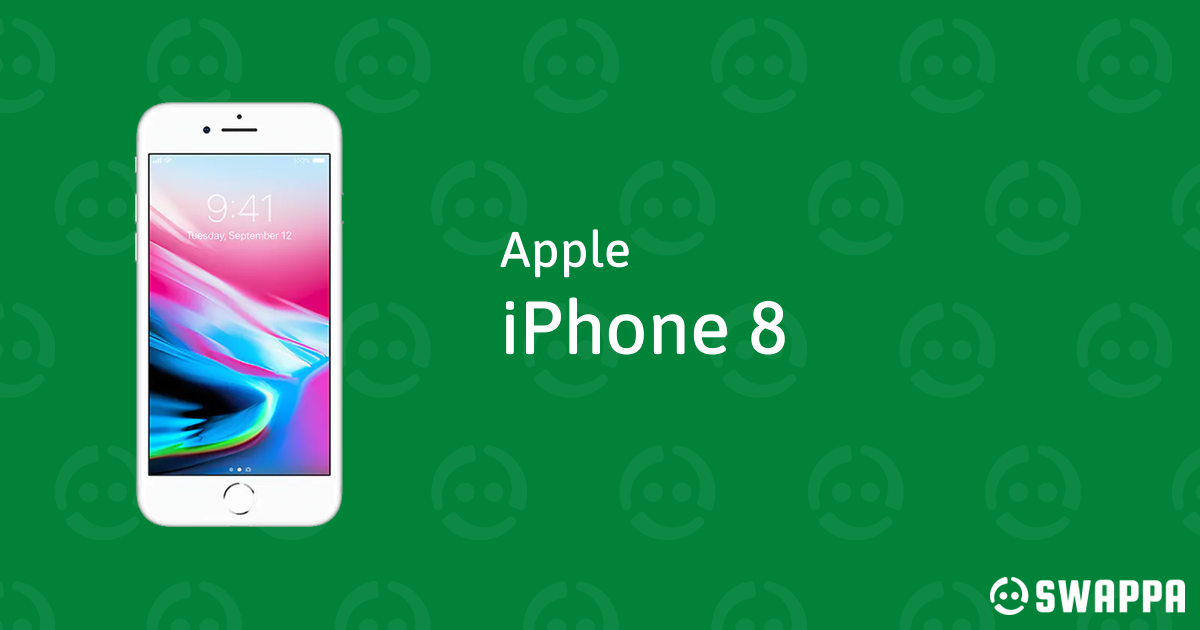 With the lowest used iPhone 8 prices we’ve ever seen, there’s nothing stopping you from finding a great deal on a cheap iPhone 8. Start browsing our entire iPhone selection using the widget below. Happy shopping.