If you’ve recently damaged your iPhone or Android phone, you may be considering fixing it yourself. And with an abundance of online guides and YouTube videos showcasing repair work, many are understandably tempted to give it a go. But before embarking on home cell phone repair, it’s best to know exactly what you’re getting yourself into. Keep reading to learn about home repair, how it stacks up to professional repair, and whether it’s right for you.

Is your phone still under warranty?

The first thing you should figure out is whether your phone is still covered under its original manufacturer warranty. In most cases, first-party warranties are valid between one and three years. But regardless of device age, it’s always a good idea to double check before cracking open the device and potentially voiding whatever coverage you have left.

If your device is no longer covered by its original manufacturer warranty, you should then make sure it’s not covered by a third-party repair plan such as from your mobile carrier or the Swappa Protection Plan, which is available as an add-on purchase for every phone sold on Swappa. And with our new monthly protection plans, you can pay just $5.99 per month for warranty coverage!

How do I fix my broken phone?

Once you’ve made sure that you’re no longer covered by any warranty or protection plan, the next thing to consider is what exactly is wrong with your broken phone. Modern smartphones are incredibly complex and fragile, so there are dozens of potential failure points. These vary in difficulty to fix — and the same repair on a different model phone will require completely different procedures, parts, and sometimes even tools!

There are a few kinds of damage that occur most frequently. Cracked screens are far and away the most common, followed by water damage, cracked backs, and battery degradation over time. Depending on which phone you have and your level of technical proficiency and manual dexterity, you may be able to successfully complete some repairs yourself — or at the very least make your device usable for a brief duration while you back up your phone and get it ready for professional repair.

Fixing your own cracked screen

The single most common type of cell phone damage is a broken screen. There are an estimated 50 million cracked screens per year. We recently covered how much it actually costs to repair a broken phone screen in order to help you determine whether it makes more sense to repair or replace your broken phone. If you haven’t already, now may be a good time to give it a read — but the gist is that if you have a fairly recent phone with a high value on the used market, you’re probably better off fixing your broken screen rather than getting a whole new phone. But if your phone’s a bit older, or if you were already itching for an upgrade, picking up a cheap replacement iPhone or Android Phone on Swappa is the smarter alternative. And to make things as easy as possible, we recently launched the Swappa Repair Calculator, where you can get a phone repair cost estimate and find out whether it’s cheaper to repair or replace your specific device with just a few clicks!

So how does all this compare with home repair? The story is surprisingly similar. Let’s use a screen repair on the iPhone 8 as an example. Before even thinking about getting started with repair, you’ll need specialized tools to get inside your phone without breaking it further. So if you don’t already have a dedicated phone repair toolkit, you’ll have to invest upwards of $70 for something you may not use too often or ever again. Next, there’s the price of the replacement screen assembly itself, which costs another $65 or so. At this point, we’re already at $135. Then, you have to carefully follow the steps outlined in an iPhone screen repair guide to walk you through the steps. Having the Apple Store fix your iPhone 8 doesn’t cost too much more at $149, but many third-party stores on the Swappa Repair Network can actually do the same repair for as little as $110 since they already have the required tools and can get bulk pricing on supplies. So in other words, you can have a professional do it for you for less than what you’d spend to fix it yourself!

So far, we’ve only talked price, and haven’t even considered the potential risks of attempting these repairs yourself. Unlike most other electronic devices such as laptops, game consoles, and desktops; modern cell phones aren’t built with repair in mind. Components are often glued in place, rather than fastened with screws. And as a result, they’re not really meant to be end user-serviceable. It is also entirely possible that when attempting the repair, you may damage a tiny ribbon cable, micro connector, or one of the surface-mounted components housed within. Needless to say, you’re the one left footing the bill if you inadvertently damage any of these parts. So even if you’re relatively handy with tech repairs on other electronics, we still believe that the vast majority of users should take their phones to a professional. In stark contrast, all shops listed on the Swappa Repair Network offer a 30-day warranty on their work, so you can rest assured knowing that the repair will be done right the first time.

Avoid cuts and scrapes with a screen protector

What can you do from now until you are able to take your phone in for repair? Is there anything you can do to have a semi-usable phone for a few days, while you back up your data and take your phone to the repair shop? A common recommendation is to apply transparent packing tape, Super Glue, or toothpaste to the screen in order to prevent the glass shards from cutting your fingers while you use your phone. Not only do any of these fail to prevent crack propagation, but they also do a pretty lousy job at protecting your fingertips from cuts and scrapes!

Another option is to temporarily install a screen protector. While this won’t prevent crack propagation and further damage, it will protect your fingers from inadvertent cuts and scrapes. But make no mistake, this is just a temporary workaround. In other words, although a screen protector will make it safe to touch your cracked screen while you back up your device, you should still take it in as soon as possible because the cracks will inevitably grow. This in turn leads to further damage to other components over time.

CHEAP CELL PHONE REPAIR NEAR ME

Water damage is another extremely common problem. Even though modern phones like the iPhone X, iPhone XS, iPhone 11, and iPhone 11 Pro feature IP68 water resistance, they are not truly waterproof. This is even more true for older phones like the iPhone 7 and iPhone 8, which feature IP67 water resistance. Whether it’s from an unplanned splash in the pool, bathtub, or your kitchen sink; water damage happens and is generally considered an out-of-warranty repair.

This has led to various home remedies such as the popular “rice trick” over the years. Unfortunately, these tricks aren’t rooted in science, and they don’t actually work. Moreover, they can often lead to more problems than they attempt to solve. As explained by Dave Takushi, an industry veteran with over 20 years of experience:

“The short answer is the rice trick may, in fact, do more harm than good. Rice dust, grains, and pieces tend to end up in charge ports and headset jacks and can even end up inside the phone itself. It also can’t fix anything that the water already damaged. Sometimes the water doesn’t get very far and the phone is fine. Other times it reaches vital components and the phone is dead.”

Professional repair shops can also perform data recovery service on your water damaged phone. So rather than making things worse with pseudoscience, get your phone fixed by a professional.

CELL PHONE REPAIR SHOPS NEAR ME

Other alternatives to consider

What other options do you have when faced with a broken phone? Earlier we used the iPhone 8 as an example when discussing the costs to repair a cracked screen. You can get a used iPhone 8 for as low as $200 and repair ranges from $100-150, so this is about as old as we’d go before it no longer makes sense to repair your phone. And even if you have an iPhone 8 or similar device, consider that you can upgrade to something substantially more modern like the nearly bezel-free iPhone X for as little as $350. The Swappa Repair Calculator can help you figure out how much it will cost to repair your phone, and whether it’s better to repair or replace your existing device.

Should I repair my own phone?

While it may be tempting, we firmly believe that the vast majority of people should not attempt to fix their phones themselves. Since modern phones aren’t meant to be end user serviceable, there is a very high chance that you’ll end up with a botched repair — and this just means that you have to spend more money in the long run.

So rather than inadvertently damaging something during disassembly or repair, get it fixed by a reputable repair shop near you. All shops listed on the Swappa Repair Network have 30-day guarantees on their work, so you can be sure that the repairs will be done right the first time. And if you have an older device and have been itching for an upgrade, now is the perfect time to find the best deals on used phones with the Swappa Marketplace.

Check out our cell phone repair guide, and then click the button below to find a cell phone repair shop near you. And if you’re still on the fence about repair, check out the new Swappa Repair Calculator to figure out your phone repair cost and whether it’s cheaper to repair or replace your existing device.

CHEAP CELL PHONE REPAIR NEAR ME 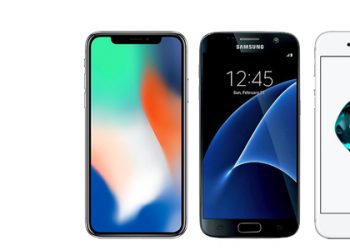 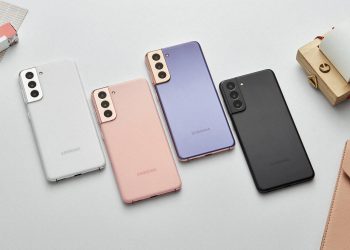