Best iPad and Android tablets for every budget

Choosing the right tablet isn’t difficult, but there are plenty of different options to consider. As a starting point, you have to decide whether you want an iPad or an Android tablet. Let’s face it though, if someone you know wants a tablet, there is a really good chance they actually want an iPad. But that’s not to say there aren’t any good Android tablets available. In fact, Samsung has several top-notch tablets that run Android.

For the sake of popularity, we’re going to begin this post with sections for the best iPads, and then move on to highlight a few of the best Android tablets. After that, we’ll venture into some budget-priced options, along with some recommendations for kids’ tablets, and finish off with our quick picks.

The current king of the tablet space is the iPad. But while the iPad is the top brand, it’s important to keep in mind that there are several different models available in the iPad family. Along with the standard iPad, the Apple tablet lineup also includes the iPad mini, iPad Air, and iPad Pro.

The standard iPad is the best choice for most users.

The most recent iPad is the 9th generation model, however, we’d recommend checking out the 8th, or even a 7th generation model as a way to save some money. Apple releases a new version of the iPad each year, and as we often see with year-over-year upgrades — they share many of the same features and specs. The 7th, 8th, and 9th gen models have lots of similarities, such as a 10.2-inch display, an 8MP wide camera on the back, and up to 10 hours of battery life when surfing the web, watching a video or listening to music.

Each of these three models is worth considering, but if you’re looking for more storage or a better video chatting experience, you should consider the current (9th generation) iPad. This model offers up to 256GB of storage and has a 12MP ultra-wide front-facing camera with Center Stage. Previous models had up to 128GB of storage and used a 1.2MP FaceTime HD camera without Center Stage.

The iPad mini is perfect for those looking for an iPad with a smaller display, and smaller overall size.

Here at Swappa, we typically recommend looking at a previous generation model as a way to spend less money. But there was a rather big update to the iPad mini line. The latest model is the 6th generation iPad mini, and it features a new design with new color options, a better display, and a better processor.

The 6th gen iPad mini features an 8.3” Liquid Retina display with True Tone, and it is powered by Apple’s A15 Bionic chip with Neural Engine. This model also offers up to 256GB of storage and has a 12MP wide camera on the back with a 12MP ultra-wide camera on the front (with Center Stage). This newest iPad mini also has a USB-C port for charging, and if you buy a cellular model, it has 5G.

Looking back towards previous generations means going back to the iPad mini 4 (September 2015) and iPad mini 5 (March 2019). Because of the large gap in time between the two models, the iPad mini 5 jumped a few generations in terms of the processor, going from the A8 to the A12 Bionic with Neural Engine. The iPad mini 5 also added support for the 1st-generation Apple Pencil, bumped the max storage to 256GB (from 128GB), and also added True Tone on the display.

Ultimately, we recommend going with the 6th gen iPad mini. But, if you want an iPad mini for the basics, and do not care about the newer design on the 6th generation, the 5th generation iPad mini is the model to choose. That said, if you are comfortable with 128GB of storage and aren’t using a True Tone display already, the iPad mini 4 would be a great way to save even more money.

Similar to the iPad mini, the iPad Air is another model where we will be recommending the current-generation model. The iPad Air 4 is a relatively new release from October 2020, and it brings several features that make it worth considering. To start, the iPad Air 4 exterior design changed, and it now mimics the design of the iPad Pro, right down to the USB-C port for charging. The iPad Air 4 also comes in a variety of colors that were previously unavailable on any iPad. We like to save money, but we also like being able to choose a color that matches your personal preferences.

This isn’t to say the iPad Air 3 would be a bad choice. In fact, the iPad Air 3 sports a really nice 10.5-inch True Tone display with a resolution of 2224 x 1668. You also get the Apple A12 Bionic chip with Neural Engine and up to 256GB of storage space. But overall, the iPad Air 3 has the look and feel of the standard iPad with the traditional home button for Touch ID, which means, for lots of people, the standard iPad may be a better choice.

As implied by the pro in the name, this is the top of the iPad lineup. You should choose the iPad Pro if you are a power user.

The 11-inch iPad Pro is top quality and would last several years into the future without much worry. But it may not be the best option for everyone, especially given the iPad Air 4 now features the same exterior design, which in the past was a reason that some people opted to go with a Pro model iPad.

If you are looking for an 11-inch tablet with a squared-off design, we recommend considering the iPad Air 4, which will be a bit less expensive. Otherwise, aside from being a true power user and needing the extra performance, the other group that should consider the iPad Pro is those who want the largest display, which would then be the 12.9-inch model, which has a Liquid Retina XDR display with True Tone and 120 Hz ProMotion technology.

It is also important to note that all of the iPad models we recommend are capable of running the latest version of the iOS operating system, which is iOS 15.

The iPad may take top honors in the overall tablet space, but there are still some really good Android tablets worth considering. Samsung tends to make the best Android tablets, and similar to how there are different options, sizes, and price points for the iPad lineup — the same is available from Samsung.

For example, the Galaxy Tab S7 and the Tab S7+ are both powered by the Qualcomm SDM865+ processor. The Galaxy Tab S7 has an 11” LTPS TFT display at 120Hz, and the Tab S7+ has a 12.4” Super AMOLED display, also at 120Hz. Both offer options for up to 512GB of storage have microSD card slots for expansion, and if you go with a cellular-equipped model, have support for 5G networks.

Alternatively, you can also look towards the Galaxy Tab S7 FE, which features a 12.4” TFT LCD display, Qualcomm SM7325 processor, up to 256GB of storage, and a microSD card slot for expansion. All three of the Galaxy Tab S7 models (the S7, S7+, and S7 FE) support the S Pen.

The Galaxy Tab S6 has a better processor and has an option for 256GB of storage (the Tab S5e maxes out at 128GB). But overall, the Tab S6 and Tab S5e are nearly the same size and weight, and they each have the same 8MP front-facing camera and the same expectations in terms of battery life. The other difference and potential decision-making factor is the S Pen support, which is not available on the Galaxy Tab S5e.

Tablets aren’t always necessary, especially if you already have a smartphone and a laptop. But while they aren’t necessary, they can be nice to have because they offer a bigger screen as compared to a smartphone, and they also provide a more comfortable way to sit on the couch and browse the web. Given that, you may be wondering what kind of tablet you can get for less. We’ll be focusing on the $200 and $100 price points, and our recommendations are from Samsung and from Amazon.

The Amazon tablet would be a bit better in terms of budget, but it will also serve rather well if you are already comfortable with the Amazon ecosystem in terms of Kindle eBooks and Amazon Prime Video.

Shifting down to the $100 price point, and we’re going to be taking a look at another Samsung tablet, and another Amazon tablet. But these two models are less expensive and also smaller in size.

Up first is the Samsung Galaxy Tab A with an 8-inch (1280 x 800) display. The Galaxy Tab A features a 2.0GHz quad-core processor along with 2GB of RAM, 32GB of internal storage, and a microSD card slot for expandable storage. You’ll also get a 2MP camera on the front, an 8MP camera on the back, and a 5100 mAh battery that Samsung touts as being able to offer a long-lasting, binge-ready battery life.

Next up in the sub-$100 category is the Amazon Fire HD 8 Plus. This model was originally released this year, in 2020. Specs for the Fire HD 8 Plus include an 8-inch (1280 x 800) display, 2GB or 3GB of RAM, 32GB or 64GB of internal storage, and expandable storage via a microSD card slot. As we noted with the sub-$200 tablets, the Fire HD 8 Plus would be a good option if you are looking for a low-priced tablet, and are already happy with the Amazon ecosystem for Prime Video, Kindle eBooks, and more.

The best tablet for kids will be somewhat dependent on the kid you are buying for. For younger kids, the low-priced Fire HD tablets are great. These come at a low price, which is good if they get damaged. They also offer plenty of content via Amazon and have built-in parental controls, Amazon Kids+ (which was formerly called FreeTime Unlimited). You also have access to thousands of Android apps.

If you are shopping for an older kid, a better option may be an iPad. This would put them in the Apple ecosystem in terms of apps and messaging, and as many families already have an iPhone (or two, or three, or more), sticking with Apple and iOS will allow them to share services with other family members. Apple offers the Apple One subscription, which shares services such as Apple Music, Arcade, TV+, Fitness+, and more, all for one low (family) price. An iPad, depending on the model you choose, can also be used for schoolwork, in addition to fun after-school activities.

In an attempt to make things easier — here are our quick picks.

Whichever model — or models — you end up choosing, you can rest assured knowing that you’ll find the best prices right here in the Swappa marketplace, the safest marketplace for used tech. And, if the models we selected throughout this post aren’t perfect in your eyes, you can tap the green button below to check out all the different tablets that are available on Swappa.

FIND YOUR NEXT TABLET ON SWAPPA 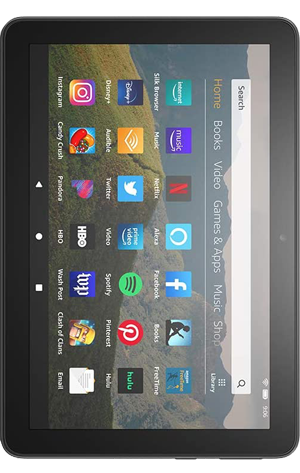 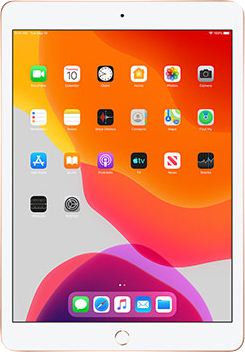 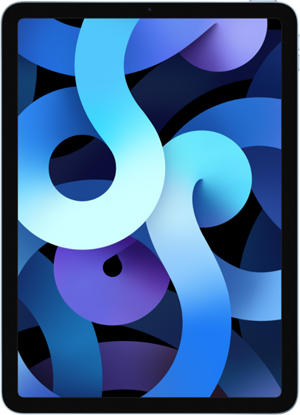 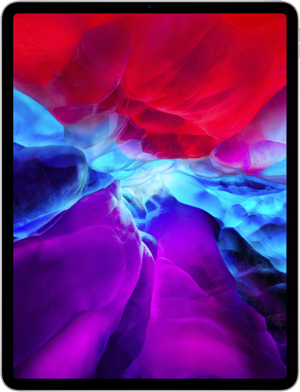 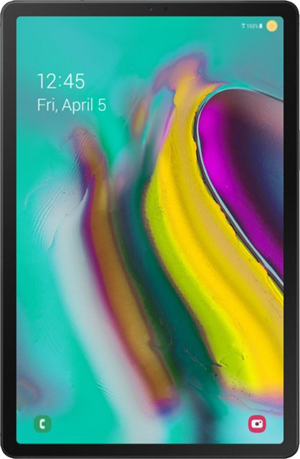 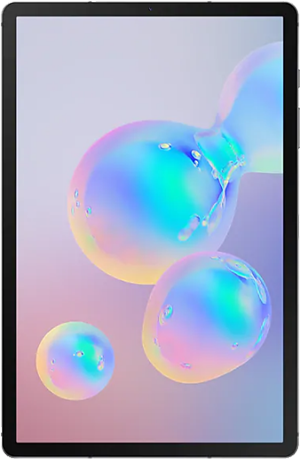