November has arrived, and that means we can now take a look back and see which phones made the top-selling list for October 2020. As always, our “Top Selling Used Phones” post will be highlighting the top ten selling phones. We’ll also take a look back at the previous month, September 2020, to see how the list changed. 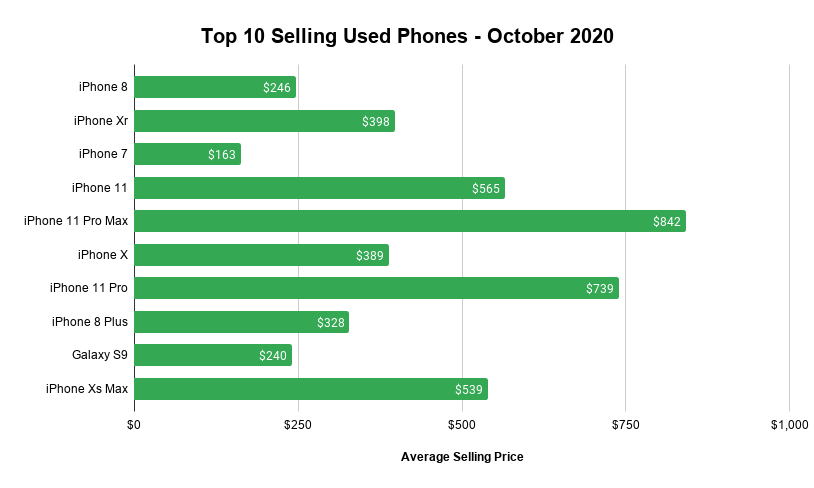 Whether you are looking to buy or sell in the Swappa marketplace — this top ten list should help. The list will allow sellers to get an idea of which phones are in the highest demand, and it will allow buyers to get an estimate in terms of the current prices.

Of course, while the average selling price is nice to see, we have to remind users that pricing will vary based on several factors, including demand for the phone, as well as the specs (such as internal storage) and the condition of the phone.

While this top ten list highlights the phones in the highest demand — these are far from the only phones you will find in the Swappa marketplace. Along with phones, you will find a wide variety of smartwatches, tablets, laptops, cameras, game consoles and video games.

If you are looking to purchase a newish phone from the Swappa marketplace, you may also want to check out our wireless carrier and plan pages. These pages will allow you to find information on a variety of carriers, and also on the different plans, they offer. You can also find carrier reviews from other Swappa users.