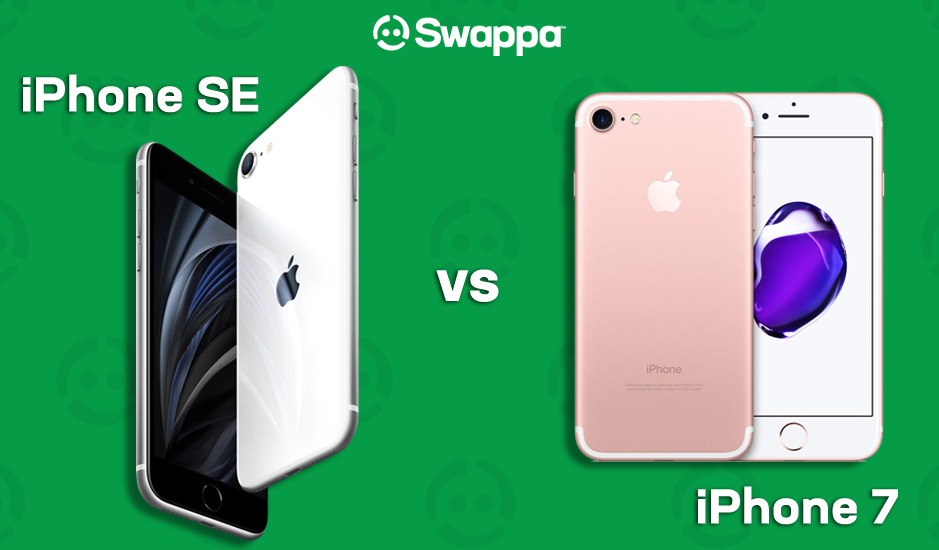 After four long years of waiting, Apple fans were finally treated to the all new iPhone SE (2nd generation) last month. Just like its predecessor, the iPhone SE 2 packs top-of-the-line specifications such as the A13 Bionic chip and a vibrant Retina HD display in a smaller and more affordable package. We recently took a closer look at the new iPhone SE, and found it to be the perfect blend of performance and affordability for those looking for a smaller phone.

Interested in getting flagship performance at a not-so-flagship price? Read on to see how the iPhone SE 2020 stacks up to other great options like the iPhone 7 and iPhone 7 Plus.

Apple launched the original iPhone SE in March 2016. Thanks to the powerful specifications and affordable price, the original model amassed quite a following. Unfortunately, many fans of the SE felt left in the cold, as Apple delayed the release of a true successor for several generations of iPhones.

After years of rumors, leaks, and eager anticipation; Apple finally unveiled the iPhone SE 2020 on April 16, 2020. The new iPhone SE 2 is Apple’s latest take at a compact and affordable iPhone. And similar to its predecessor, the SE 2 crams some of the best features of the current generation flagships (iPhone 11 and iPhone 11 Pro) into a compact and more affordable package. Here’s a quick rundown of how the new iPhone SE 2 stacks up against the competition:

What are the differences between the first generation iPhone SE and the new one?

The original SE packed iPhone 6S internals into iPhone 5S housing. This meant an Apple A9 processor in a 4-inch device. The new iPhone SE 2 kicks things up a notch by packing nearly identical specs as the iPhone 11 and 11 Pro into a body that looks just like the iPhone 8. In other words, the iPhone SE 2020 offers the very latest A13 Bionic processor in a phone with a 4.7-inch screen, with iOS 13 right out of the box.

The new iPhone SE isn’t just fast; it also has an amazing camera. Thanks to a 12MP f/1.8 rear shooter with OIS, the SE 2 has the hardware required to take high quality images and video. And due to the advanced image processing made possible by the A13 chip, the iPhone SE 2 offers users creative tools such as Portrait Mode with Depth Control and stellar 4k video recording with high dynamic range and up to 60 fps.

How big is the iPhone SE?

How much is the iPhone SE?

The biggest factor behind the original Apple iPhone SE’s success was that it offered flagship-level performance at the not-so-flagship price of $399. The iPhone SE 2020 continues this trend, giving you some of the fastest internals available at the same launch price. While this is undoubtedly a good value compared to other new iPhones, you can score an even better deal by buying a gently used iPhone SE 2 on Swappa for as low as $340.

Is the iPhone 7 a good phone?

Over the years, the iPhone 7 and iPhone 7 Plus have amassed quite a cult following. Although these two phones are nearly as old as the original iPhone SE, they’ve been topping our sales charts month after month for a considerable amount of time. In fact, these two phones took first and fourth place in our roundup of the best-selling phones of 2019. So why are the iPhone 7 and 7 Plus so popular? It’s simple, really. They’re cheap iPhones that still offer a great user experience, nearly 4 years after their initial release.

Is the iPhone 7 outdated?

Launched in September 2016, the iPhone 7 and iPhone 7 Plus aren’t exactly the latest and greatest that Apple has to offer. However, they present a compelling value proposition, since you can find them used on Swappa for just a fraction of the cost of a new iPhone SE 2. Both iPhone 7 models offer great cameras, with the 7 Plus even edging out the new SE in certain scenarios thanks to its more versatile dual-camera array.

Does the iPhone 7 still get updates?

The iPhone 7 and iPhone 7 Plus still receive regular software updates for the time being, though this won’t last forever. Apple promises to deliver new versions of iOS through September 2020. However, security updates will extend another year, until September 2021. This means that even though the iPhone 7 and 7 Plus probably won’t get any new features after this coming September, they still have quite some time left on the clock.

How does the new iPhone SE stack up against the iPhone 7?

At first glance, the new SE looks almost identical to the iPhone 7. This is because the iPhone SE 2’s housing is based on the iPhone 8, which itself was based on the iPhone 7. But looks can be deceiving, as the new iPhone SE packs substantially improved internals with its class-leading A13 Bionic chip, updated camera system with improved portrait mode and depth control, Dual SIM capabilities, and support for wireless charging. But this comes at a cost, as the iPhone SE retails for more than twice the price of a used iPhone 7 or 7 Plus, which start as low as $115 and $159. So if you don’t have to have the absolute latest and greatest, the iPhone 7 or iPhone 7 Plus may still be the better option.

Deciding between the new iPhone SE 2020, the iPhone 7, and the iPhone 7 Plus isn’t easy. All three phones currently offer a great user experience and are some of the best that you can get at their respective price points. However, we feel that since software support for the iPhone 7 and 7 Plus is ending in a year and a half, the safer choice for most users is the iPhone SE 2.