It’s the second law of thermodynamics: everything in the universe gradually breaks down over time. Although unavoidable, it doesn’t mean we can’t slow down the process. When it comes to the performance and longevity of your PS4, keeping the console clean is paramount, especially if you play it frequently.

There are lots of reasons why you should clean your PS4. Whether it’s the regular, Pro or Slim, the fan inside your PS4 can begin to wear down over time, building up dust, grit, grime, and whatever else is floating around the air. This build up can coat the inside the system, clogging your heat sink and causing the fan to work harder than it needs to. This is why some people describe their PS4 sounding like a jet engine during gameplay.

It’s important to crack open your PS4 and clean it to keep the fan working optimally which prevents your system from overheating or even worse, shutting down under heavy strain. If you want your PS4 performing at its peak performance, you have to clean it every so often. Here’s Swappa’s guide on cleaning your PS4 safely, quickly, and efficiently.

The easiest way to keep your PS4 safe and avoid potential damage is to prevent dust from building up in the first place. This is where placement is crucial. Your PS4 should be elevated — in a cool, clean area — away from the floor (and never on the carpet) where creepy crawlies can easily make a home inside.

The PS4 also needs room to breathe. Ideally, the console should be away from the wall — preferably in the open — without a lot of clutter surrounding the console. By keeping the surrounding area mostly free from random items, the intake vents can suck in more air, and you’ll have a much easier time with dusting.

While keeping your PS4 on a TV stand or desk is the most obvious choice, entertainment centers are also ok. You’ll just want to make sure the console is inside a well-ventilated cubby hole, and not locked up inside a cabinet. If you must keep your PS4 in a cabinet, always leave the doors open while playing so heat can escape.

Easy way to clean your PS4

It may sound excessive, but you should make a habit of dusting the PS4 and surrounding area frequently. If you live in a dusty environment or with furry pets, dirt and hair can easily begin to accumulate around the intake vents (see pic). Since dusters mostly push dirt around, using a vacuum with a hose and brush attachment will be the most effective way to physically suck and remove dust from the PS4, its vents, and the surrounding area.

Once the dust and hair has been thoroughly removed, keeping a routine of wiping down the system with a microfiber cloth and spraying inside through the side vents with compressed air will go a long way toward making sure your PS4 stays cleaner longer. If you do this from the start, this will lessen the chances that you’ll ever have to open the console up for internal cleaning during its lifetime.

How to deep clean your PS4

Now that you know how to take both preventative measures and lightly clean your PS4, it’s time to look into deep cleaning. You’ll know it’s time to clean the inside of your PS4 when it starts to make more noise than usual during gaming sessions. The reason for this is because the fan and/or heat sink is no longer able to cool the internals, so the system ramps up the fan speed in order to compensate. When your PS4 starts to sound like a jet engine — you’ll know it’s time to open up the system and perform a deep clean.

Will opening my PS4 void the warranty?

The first generation PS4 required tools to open up the case — something that would void the warranty. With the latest generation PS4 Slim and PS4 Pro, Sony made the process of opening up the console much easier, with a top cover that can now be removed by hand — no tools necessary — giving you direct access to the fan. This means opening up the PS4 to clean the fan no longer voids the warranty, so there’s nothing stopping you from performing a deep clean on your console.

Of course, you will want to start by giving your system a basic clean. From there, you’ll pull the top cover off starting from the front of the console, until the clips release (this will be somewhat difficult your first time), and continue pulling to also release the side clips.

Using your microfiber cloth, wipe off the dust on the inside of the cover, the vents along the side, and around the fan. Cotton swabs can be used to further remove dust from all the smaller nooks and crannies. For the fan itself, a vacuum hose with brush attachment will do a great job of cleaning the individual blades (for extreme build up, you may have to use the tweezers to remove clumps from the fan blades).

Once you’re finished, give the entire system another pass with your compressed air can. Remember: compressed air cans can spray lots of moisture if used improperly. Always hold your spray can upright in order to avoid this (never upside down).

If you feel comfortable removing a few T8 torx screws, you can safely remove the power supply unit toward the back of the console. This will void your warranty, but will give you access to the backside of the heat sink and allow you to further clean it, and more of the insides.

Once the power supply has been removed, simply brush the excess dirt off the heat sink, then shoot it with some compressed air which will blow any loose dirt out toward the fan. Fore more on this process — including safely removing the power supply unit — GamesPlusInternet on YouTube has a great video detailing the entire process. WARNING: Graphic footage of an extremely filthy PS4 below.

If you live in a humid environment, with pets, or do a lot of greasy cooking, you may want to further disassemble your PS4 in order to fully clean the heat sink and/or add some fresh thermal paste. Once again, this will void your warranty (if it hasn’t expired already) and should only be done in extreme cases where cleaning the fan didn’t help with overheating issues or you have an extremely old and dirty PS4.

You’ll definitely have to do a bit more work to reach the heat sink, as you’ll need to enter from the bottom of the console, disassembling the PS4 piece by piece. It’s not for the faint of heart, but if you’re feeling up to the challenge, TronicsFix has a great step-by-step video on YouTube detailing the entire disassembly process.

Now that you know how to fully clean and maintain your PS4, you may want to consider selling the console in the Swappa marketplace. The average price for a PS4 Pro (1TB) sold on Swappa is around $378, while the PS4 Slim (1TB) is fetching around $257. Gaming is a hot ticket item on Swappa, so there’s never been a better time to sell your PS4 and make some extra cash. Hit the button below to get started. 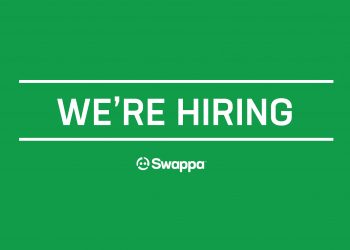 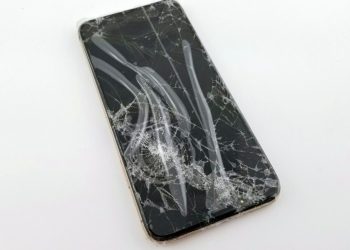 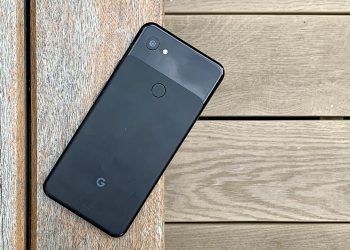