Do I need to upgrade to an M1-based Mac?

It doesn’t matter whether we’re talking about an iPhone, iPad, MacBook, or some other device — it can be hard to resist the temptation to upgrade when a new model is released. This is especially true when the announcement is for a new processor with promises of “industry-leading performance, powerful features, and incredible efficiency.”

Keep reading if you’re curious about the Apple M1 chip, or if you’ve been swept up in the hype and happen to be wondering if you should run out and upgrade immediately.

When did Apple announce the M1 chip?

Apple introduced the M1 chip in November 2020. The M1 release started slow, or at least, slower than many had hoped for. The initial M1 release included updated versions of the MacBook Air, 13-inch MacBook Pro, and the Mac mini. An M1-powered iMac followed about six months later in April 2021.

And, while Apple hasn’t outlined all of its upcoming M1 releases — they have said the transition from Intel to M1 will take about two years to complete. Of course, this hasn’t stopped the rumors and speculation. Current chatter includes talk of more powerful versions of the M1 which will power desktop computers like the Mac Pro or iMac Pro.

But while the speculation is fun and is expected to continue, Apple has announced the latest round of M1 chips. The rumors were suggesting these latest additions would be called the M1X, but the M1 Pro and M1 Max were announced. This latest announcement took place on October 18, 2021, and included a 14” and 16” MacBook Pro, each of which can be configured with an M1 Pro or an M1 Max chip.

What is the Apple M1 chip? 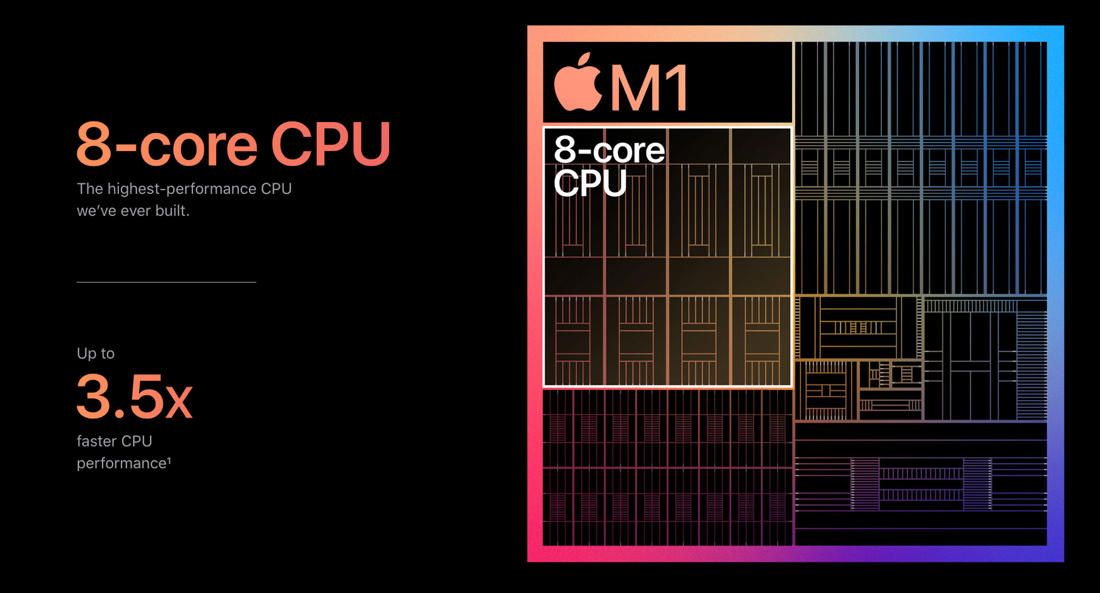 Apple defines the M1 chip as being the first personal computer chip built using 5-nanometer process technology. Apple has also stated these initial M1-powered computers will be able to deliver up to 3.5x faster CPU performance, up to 6x faster GPU performance, and up to 15x faster machine learning.

The breakdown on the MacBook Air, MacBook Pro, and Mac mini spec sheets list the Apple M1 chip with the following features:

Of course, along with improved battery life, all of the M1-powered Mac computers bring better overall performance as compared to the Intel versions. And as a smaller, but appreciated perk, the performance, and efficiency improvements mean you shouldn’t have to worry about any excessive fan noise on an M1-powered MacBook Pro.

What are the Apple M1 Pro and M1 Max chips?

The Apple M1 Pro and M1 Max chips are the follow-ups to the original M1 chip. The original M1 chip was unveiled in November 2020 and it was intended to be the starting point of a two-year transition away from Intel chips.

The M1 Pro and M1 Max are more powerful versions of the M1 chip, and they are currently found in the 2021 versions of the MacBook Pro. Apple introduced the 14” and 16” 2021 MacBook Pro lineup in October 2021, and each can be configured with an M1 Pro or an M1 Max.

Apple has said the M1 Pro and M1 Max are capable of delivering up to 70% faster CPU performance as compared to the M1 chip.

The M1 Pro chip features up to a 10-core CPU with 8 performance cores and 2 efficiency cores, up to a 16-core GPU, and a 16-core Neural Engine. Additional highlights of the M1 Pro include:

The M1 Max chip features up to a 10-core CPU with 8 performance cores and 2 efficiency cores, up to a 32-core GPU, and a 16-core Neural Engine. Additional highlights of the M1 Max include:

Similar to the original M1 chip specs — this all sounds really exciting. After all, who doesn’t want an even more powerful computer with long battery life?

Should you buy an M1-based Mac?

Now comes the big decision: Whether you should run out and buy a new Mac just to get an M1 chip? Getting directly to the point here — probably not, but it depends on what Mac you are currently using.

Whether or not you should upgrade also depends on what type of computer user you are. Our advice here is intended for ‘regular’ users, those who want to surf the web, check their email, do some shopping, pay bills, watch streaming videos, and other similar things.

We stand by these recommendations, but we also suspect some of you with a newer Mac may still be looking for a reason to upgrade so we’ll offer two exceptions. The first is if you are a MacBook user and regularly use your notebook on battery power. The second is if you have a MacBook with a butterfly keyboard and have started experiencing issues when typing. For reference, Apple used the problematic butterfly keyboard on MacBook Pro models that were made between 2016 – 2019, and the MacBook Air from 2018.

Otherwise, assuming your Mac has been treated with care, and it isn’t struggling to meet your usage needs — keep using the one you already have. It is also important to remember that Apple has said the Intel to M1 transition will run for two years, and we are (as of this writing) only about one year into the transition. Not to mention, Apple isn’t going to stop supporting your Intel-based Mac anytime soon.

If you are a power user, or you use your computer for more specialized tasks, an M1-powered Mac could be a good upgrade if you need the performance boost. But if you are using your computer for specialized tasks, or absolutely need a specific app, you should double-check to ensure those tasks and apps are able to run on an M1. For example, there are limited options for running Windows in a virtual environment on an M1-powered Mac.

The above details in this section covered the original M1 chip, which powers a MacBook Air, MacBook Pro (13”), Mac mini, and an iMac. The next question is whether you should upgrade to a Mac that is powered by an M1 Pro or M1 Max chip.

As a refresher, these new versions of the M1 chip are currently found in a 14” and a 16” MacBook Pro. But while they are tempting, they are also much more expensive, and as such, they are intended more for a true ‘pro’ user. The bottom line is that unless you have very specific needs, you’ll be better served with an M1 Mac due to lower price points at this time.

Along with the M1 computers, Apple also introduced the 5th generation 12.9” iPad Pro and the 3rd generation 11” iPad Pro, both of which are powered by the M1 chip, in April 2021.

The 11” and 12.9” iPad Pro specs list the M1 chip as offering 64-bit desktop-class architecture, with an 8-core CPU, 8-core graphics, and next-generation Neural Engine. Apple has said the M1-powered iPad Pro models call for up to 50 percent faster CPU performance, and up to 40 percent faster GPU performance, as compared to the A12Z Bionic, which was the chip that previously powered the iPad Pro line.

Our recommendation regarding the M1 iPad Pro is the same as with the Mac computers — if you have a relatively new iPad, or your current iPad meets your needs without compromising — there really isn’t a great reason to upgrade. But again, it can be hard to resist the temptation and if that happens, just make sure you save money and buy a gently used model instead of a brand new model at retail prices.

One great option is to sell your current Mac or iPad Pro as a way to fund your upgrade. Selling your gently used model on Swappa will allow you to get money to put towards your M1 upgrade. You can get started selling by tapping the green buttons below.

GET STARTED SELLING ON SWAPPA 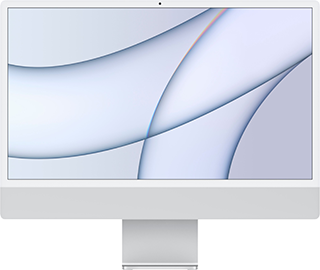 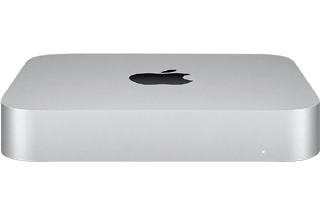 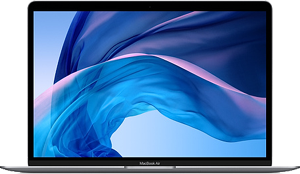 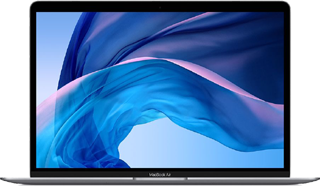 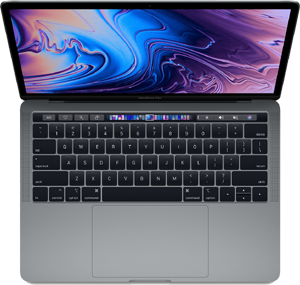 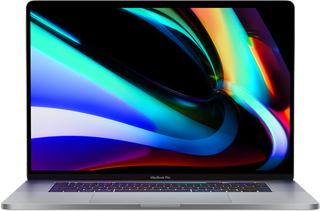 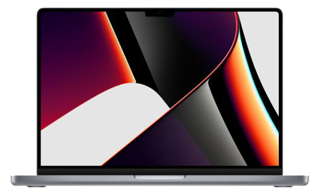 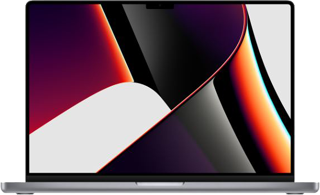