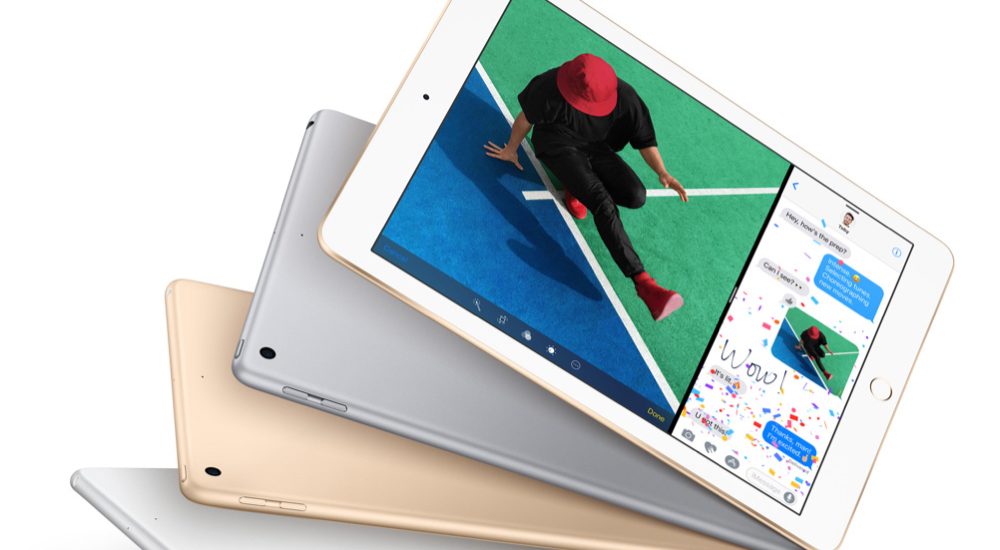 Apple first released the iPad in 2010. At the time a single model was available, however, a few years later, in 2012, the iPad line began growing. The iPad Mini was the model released in 2012, and over time the iPad family has grown to what it is today — the iPad, iPad Air, iPad Pro, and iPad Mini.

The iPad Pro has a good looking design and is really powerful. The iPad Air is also solid in terms of performance. However, for most users, the regular iPad, or if you are looking for portability, the iPad Mini, will be more than capable. Of course, getting a capable iPad is a bit different from getting an affordable, or for our purposes, a cheap iPad.

A key factor we considered when choosing the $200 price point was ensuring that while the iPad was not the newest, that it was still capable of running the latest version of iPadOS. For determining capability purposes, we looked towards use cases to include: reading, surfing the web, checking email, playing casual games, and using Facetime, as well as listening to music or an audiobook, and watching video.

Pricing for the iPad Pro, even the first generation is still above the $200 price point, so we’ve left that model off the list. Today we will be taking a look at the regular iPad (5th generation), the iPad Air 2, and the iPad Mini 4. 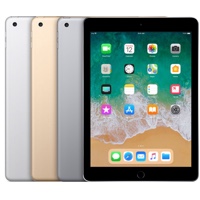 The 5th generation Apple iPad features a 9.7-inch Retina display, front-facing FaceTime HD camera, a rear-facing 8MP camera, Touch ID, and has a Lightning connecter for charging. This model iPad was offered with options for either 32GB or 128GB of internal storage, and available in three colors: Silver, Gold, and Space Gray. The Silver and Gold models have a white front bezel, and the Space Gray model has a black front bezel. This model launched with iOS 10.2.1 and is currently upgradable to the most recent version of iPadOS.

When this model was first released, the retail pricing from Apple was $329 for the base-model with WiFi and 32GB of internal storage. Swappa pricing will vary depending on the condition of the device and the amount of storage, however, as of now, prices range from $165 – $275 with several 32GB models listed in Mint condition showing at $199 and under. 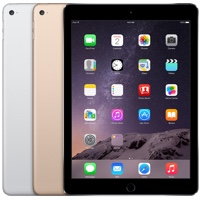 The iPad Air 2 feature set includes a 9.7-inch Retina display, Touch ID, an 8MP rear-facing camera, a FaceTime HD front-facing camera, Lightning connecter for charging, and internal storage options of 16GB, 32GB, 64GB, or 128GB. The Air 2 was available in Silver, Gold, and Space Gray colors. The Silver and Gold models have a white front bezel, and the Space Gray model has a black front bezel. This model launched with iOS 8.1 and can be upgraded to the most recent version of iPadOS.

When originally launched, Apple had the iPad Air 2 priced at $499 for the base model with 16GB of internal storage. Swappa prices will vary depending on the device condition, and by the amount of internal storage, and current prices range from $150 to $321. 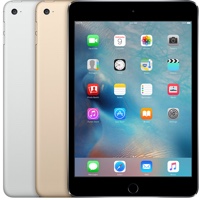 The iPad Mini 4 features a 7.9-inch Retina display and was originally available with three color options: Silver, Gold, and Space Gray. The Silver and Gold models have a white front bezel, and the Space Gray model has a black front bezel. The Mini 4 was offered with options for 16GB, 32GB, 64GB or 128GB of internal storage, and the feature set included Touch ID, an 8MP rear-facing camera, a FaceTime HD front-facing camera, and had a Lightning connector for charging. This model launched with iOS 9.0 and is still upgradable to the newest version of iPadOS.

At launch, Apple had the iPad Mini 4 priced at $399 for a base-model with 16GB of storage space. Current Swappa prices show the iPad Mini 4 sitting as low as $185 and going up to $215. Swappa prices will vary depending on factors such as the device condition and the configuration (internal storage).

We also understand that your definition of cheap may be different, so we are throwing in an honorable mention that can be found for $100 and under. The catch here, this model is a bit older and is not able to run the latest version iPadOS. However, even without the latest version of iPadOS, this model should still serve you well for tasks such as checking email, basic web surfing, listening to music, or watching videos. 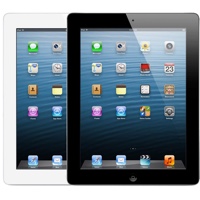 The 4th generation iPad features a 9.7-inch Retina display, Lightning connector for charging, a 5MP rear-facing camera, and a FaceTime HD front-facing camera. Storage options for this model include 16GB, 32GB, 64GB, and 128GB, and the iPad 4 was available with a silver back with either a black or white front bezel. This model launched with iOS 6.0 and is upgradable to iOS version 10.3.4. Current Swappa prices for the iPad (4th generation) range from $70 to $100.