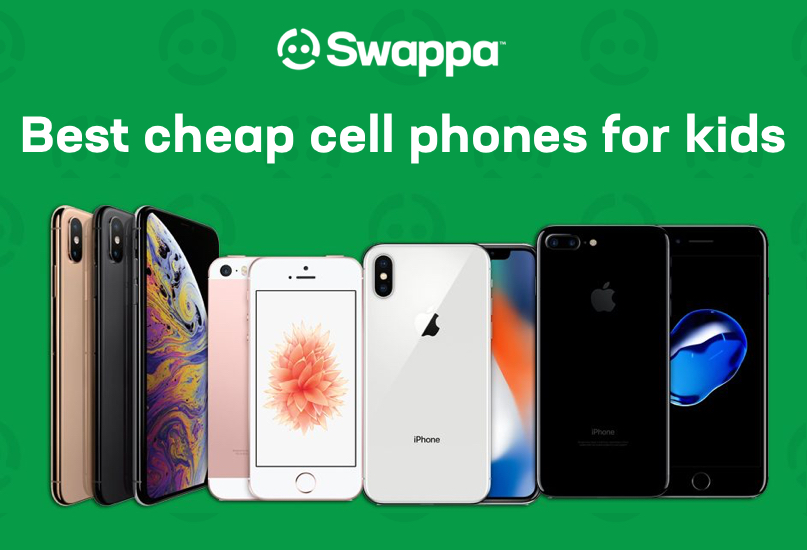 If you’re buying a phone for a kid, there is a very good chance you are shopping on a budget. Having a budget doesn’t mean you need to head to the nearest electronics store and ask for the cheapest phone they have. Instead, by shopping for a gently used phone you will be able to get a great phone at a great price. Swappa provides an active, and large marketplace, which brings lots of options and deals, and what follows is a few of the smartphones we feel are best for kids.

What is the best phone for kids?

Aside from the possibility of gaming, the needs a child will have for a smartphone should be on the lighter side. Peer pressure may suggest otherwise, but they may not need a high-end-current-generation phone for things like watching YouTube, messaging friends, listening to music, or even capturing some silly pictures of their friends. The truth is — a model that is a few years old is likely all they need. And…that should be good news for parents concerned about the possibility of the phone getting lost, stolen, or damaged.

The definition of cheap is somewhat of a sliding scale, but in terms of trying to find a line between too cheap (ie: junky) and too expensive (ie: worry about damage), we’ve settled on the $200 – $400 price range. We’ve selected five models in total, with a common theme being the size of the phone and the fact that the manufacturers are still supporting them in terms of software updates.

Apple iPhone 8(Priced from $209): With a smaller form factor (4.7-inch display), a solid processor, and a very capable front and rear camera setup, the iPhone 8 makes a great smartphone for kids. The iPhone 8 also has an IP67 rating for water resistance and supports 18W fast-charging for times when you realize your child has forgotten to charge their phone and you are in a rush to get out of the house.

Apple iPhone SE (2nd generation) (Priced from $269): The 2nd generation iPhone SE has a small form factor, similar to the iPhone 8, which makes this a great sized phone for kids. The iPhone SE does come with a bit higher price tag, but it is also a phone that was released in 2020, and that means you can expect Apple to continue providing software updates for at least several years into the future. You will also find a current-generation processor for power and performance, and an improved front and rear-camera setup, as well as goodies such as the IP67 rating for water resistance and the 18W fast-charging.

Google Pixel 3 (Priced from $155): Here is another smaller form factor phone. The Pixel 3 has a 5.5-inch display, and despite it not being the newest Pixel smartphone — it has more than capable specs. In fact, the Pixel 3 has a powerful processor and an above-average camera setup. It also has a really great price coming in at just above $150 (to start).

Google Pixel 4 (Priced from $310): Similar to how we looked at the iPhone 8, and also offered the similarly-sized but newer iPhone SE, we have the Pixel 3 and the newer Pixel 4. There is a bit of a jump in price going from the Pixel 3 to the Pixel 4, but this price jump means you will be getting improvements in several key aspects of the phone. The processor is plenty powerful enough, and the camera setup is greatly improved as compared to the Pixel 3. Google also provides regular software updates, and according to the Google timeline, the Pixel 4 will receive updates until at least October 2022.

That said, if you are thinking that even $200 is on the expensive side, there are some less expensive options such as the iPhone 6S, which can be found for right around the $100 price point. The iPhone 6S has a smaller form factor with a 4.7-inch Retina HD display, a capable camera on the front and back of the phone, and a processor that is still powerful enough to handle the everyday needs of kids. The iPhone 6S is also still getting software updates from Apple, so you can be confident in keeping it around and in use for a few years.

You can tap on any of the phone models listed above to view the currently available listings, or you can tap the green button below and head to the Swappa marketplace and begin your own search.

Should kids have cell phones?

Obviously, we are on the side of kids having phones. But, in general, the question as to whether or not kids should have cell phones is one that often brings strong, and often, differing opinions. You have the side that is strongly for, and the side that is strongly against. But it often doesn’t stop at that point. There is often another question that further splits the group that believes kids should have cell phones — trying to decide the appropriate age.

The answers to these questions will come down to family situations, personal feelings, and the responsibility level of the kid. Putting aside any concerns about cost, and at least for the moment, the fear about letting a younger kid roam free on the internet: Here is why kids should have phones.

Is that a cell phone, or a pocket computer?

A “cell phone” really isn’t just a phone these days, it is a small computer that you carry around. A cell phone, or more specifically, a smartphone, is a combination of a few other devices that your kid likely already uses on a daily basis. Smartphones can make calls, but they are also entertainment devices for listening to music, watching videos, playing video games, and reading.

Smartphones are also used to communicate with friends and family. Not to mention, gone are the days where you call the home (landline) phone that sits in the kitchen or living room of their friends house. Quite often, parents each have their own cell phone, and it can be a guess as to which parent is home with the kids at the time. If your kid has a cell phone — you just call or message them directly when you need to talk to them.

We are living in a connected world

Some of this also comes to the world we currently live in. Like it or not, we live in a connected world, and this is the world kids are growing up in. Similar to how we start teaching our kids what is right and wrong in daily (offline) life from a young age, the argument can be made that we should also be teaching them what is right and wrong in online life from a young age.

Of course, we’d be remiss if we didn’t touch on the aspect of safety, and the possibility of spending too much time staring at the screen. It isn’t always easy to monitor what kids are doing on their phones, or how long they are on their phones, but with some effort, care, and good communication between the parent and child — this can be done safely. 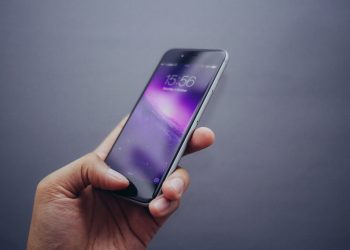