Apple may have stopped selling the Series 4, but depending on your needs and preference, the Series 4 may actually be the better buy.

Apple did add some new features on the Watch Series 5, and one of those was a feature that many had been wanting for quite some time — the always-on display. But key features, such as the battery life, are the same on the Series 4 and Series 5. That brings the question of whether you should get the Series 5, or save some money and get a Series 4.

Otherwise, the three key new features that arrived with the Apple Watch Series 5 include the always-on display, the compass, and the international emergency calling.

The always-on retina display is, perhaps, the most welcomed of the new features. Apple has said the always-on display is courtesy of “several advanced technologies” working together. These technologies include an “ultra-low power display driver, efficient power management integrated circuit and new ambient light sensor.”

Essentially, this means the time (and other important information) will always be visible on the retina display. The time will be displayed on a dim display when the wrist is down, and go back to regular brightness when the wrist is raised. And, perhaps equally important as the always-on display — is that it does not take a huge chunk of battery life. Apple has said the Watch Series 5 will have up to 18-hours of battery life, which is the same as the Watch Series 4.

The addition of the built-in compass includes a stand-alone Compass application, as well as three Compass complications. The Compass means users will be able to see which direction they are heading, along with the incline, the current elevation, and latitude and longitude.

The feature will obviously be more important if you are a world traveler and it requires you to have a cellular model Watch Series 5, as opposed to a GPS-only model. But the good news is that this feature will work regardless of where the watch was purchased, or whether or not the user has the cellular service activated. Basically, the international emergency calling means users will be able to call emergency services if needed, without needing to know the local number for emergency services. The international emergency calling functionality also ties in with the Emergency SOS fall detection.

The Apple Watch Series 5 brought some decent new features, though not all of the features will be as important to everyone. Not all users will need or care about the international emergency calling, and some may not care about the added internal storage or the compass. Out of the new features, we suspect the main perk of getting a Series 5 (over the Series 4) will be tied to the always-on display.

This is where we go back to the earlier question — should you get a Series 5, or save some money and get a Series 4? Well…how important is an always-on display?

Outside of the three new features we just covered, the specs are largely the same between the Series 4 and the Series 5 Apple smartwatch.

Both the Series 4 and the Series 5 include a battery life of up to 18 hours along with WiFi 802.11b/g/n and Bluetooth 5.0. The cellular models also include LTE and UMTS. Both models also have an LTPO OLED Retina display with force touch. Of course, as we mentioned earlier, the Series 5 has the always-on capability. Other shared features of the Series 4 and Series 5 Apple smartwatches break down as follows:

Feature differences between the Series 4 and Series 5 are as follows:

Prices here on Swappa will vary based on the condition of the watch, whether Mint, Good, or Fair. Current pricing (as of February 2020) shows the Apple Watch Series 4 40mm with prices ranging from $228 – $399. The Apple Watch Series 4 44mm is roughly the same on the low-end, with prices coming in a bit higher on the top-end, which is due to the 44mm being available in stainless steel (in addition to aluminum). 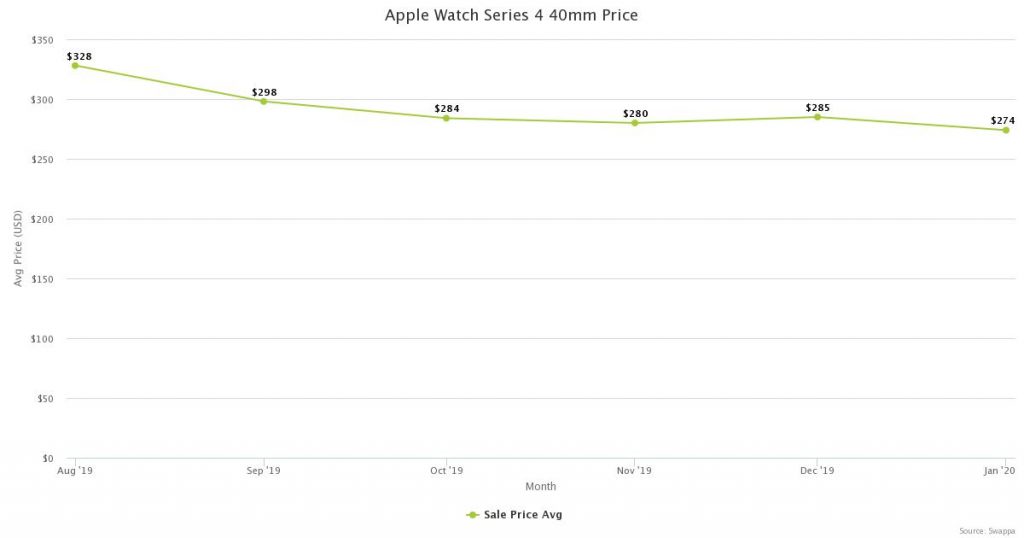 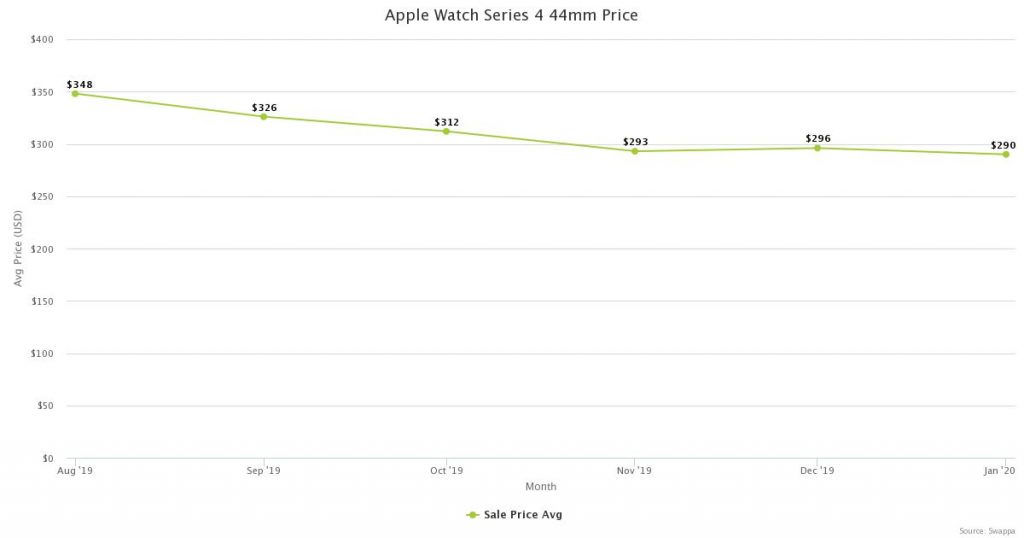 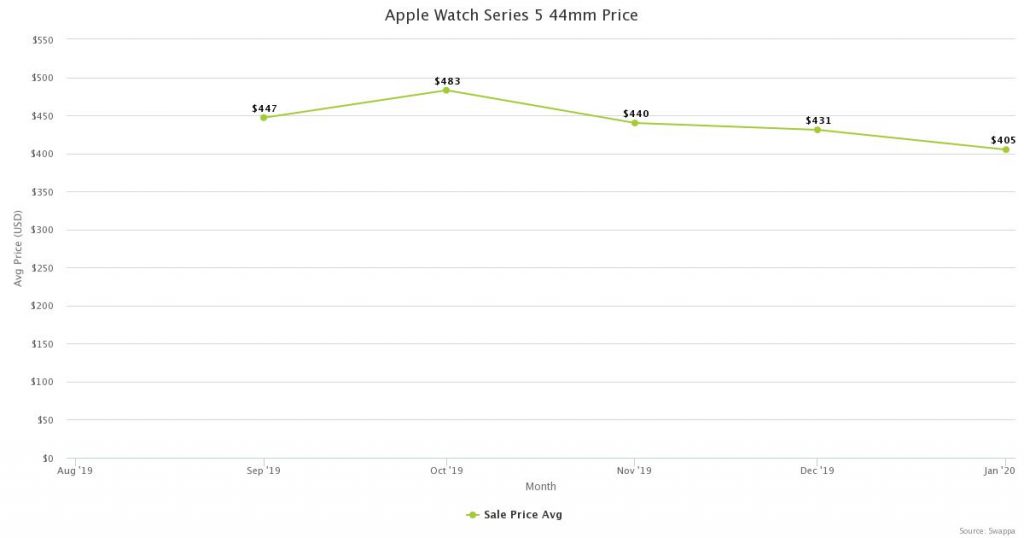 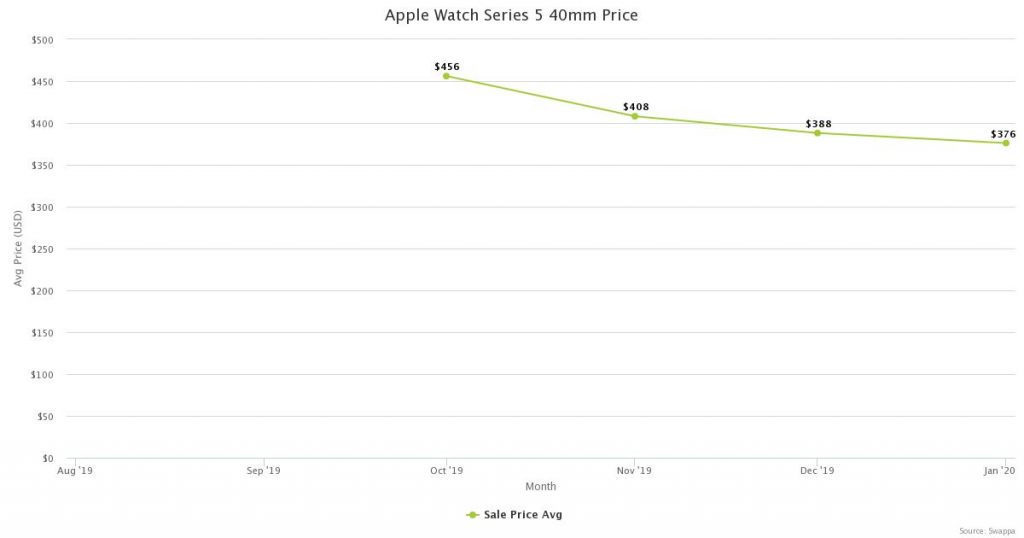 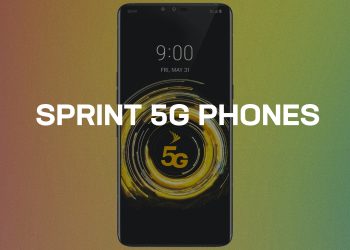