If you haven’t heard the good news, Swappa is getting a whole lot bigger, better and local. We’ve officially hit the ground running with Swappa Local, a new way to do business on Swappa by taking our marketplace into the real world with local pickups.

Since 2010, Swappa’s been the only marketplace of its kind championing device safety as a better way to sell your used goods. When buying a used phone, Swappa’s device screening process is unmatched and by manually verifying our listings, services like Craigslist or eBay simply can’t compare. With Swappa Local, we’re placing the same emphasis on safety, while allowing users to buy/sell devices with local users in their community.

Paying cash for an unverified phone is a bad idea

In the past, you may remember us warning face-to-face meetup sites like Craigslist where cash was the only method of payment. This is true, but this had more to do with the fact that services like Craigslist — or even new players like Facebook Marketplace, OfferUp, or Letgo — do absolutely nothing to verify listings or check the validity of used devices being sold on their platforms.

Over time, these platforms quickly became breeding grounds for fraud and bad characters selling lost, stolen, or non-functional devices. In fact, the idea behind Swappa was birthed after founder Ben Edwards found himself on the receiving end of a Craigslist meetup gone, one that ultimately left him with little more than an expensive paperweight, not the phone he paid for. Because Ben used cash to pay for the broken phone, there was nothing he could to get his money back. This is an all too common occurrence for those attempting to do business on traditional meetup services, and why scammers flock to Craigslist or Facebook Marketplace to take advantage of unknowing buyers.

With nothing being done to protect users from fraud, using cash to pay for unverified devices simply wasn’t a good idea, as it puts buyers in an extremely vulnerable position. This is the reason why we’ve always taken such a firm stance against using cash on Craigslist or other yard sale apps, and the sole reason we launched Swappa almost 9 years ago.

If you’re already familiar with Swappa, you know that we work tirelessly, day and night, to help keep our marketplace free from would-be scammers, fraudulent devices, and all the other junk you’d find Craigslist or Facebook Marketplace. Our strict no junk, no jerks, and no BS policies are the reason why our marketplace is hands down the best place for anyone serious about buying or selling their old tech.

Our users rest easy knowing that Swappa carefully approves each listing, performing device checks on items like phones to ensure they’re ready for activation. This involves checking serial numbers on items like phones to make sure they haven’t been reported lost/stolen, or have any other issues that can prevent them from being activated on a wireless network. Used phones you buy on Swappa are all primed and ready for activation, which means you can rest easy knowing our listings are legit and your money is safe.

It’s because of this, Swappa has built a community of serious buyers and sellers looking to get the most money — or score the best deals — on newish tech. The Swappa community is the best around, something you won’t find from device junkyards like Facebook Marketplace or OfferUp.

With the launch of Swappa Local, we already have the necessary systems (and community) in place that enables buyers to pickup devices from local sellers without worry, whether they’re paying with cash or any other method. By manually checking the status of each phone before it goes live in our marketplace, we’re able to offer users something you can’t find anywhere — trusted tech, from high quality buyers and sellers.

So while our views on using cash to buy devices locally has changed somewhat, our strong commitment to safety hasn’t. It’s because of this, Swappa Local stands head and shoulders above the rest and why local, cash transactions finally make sense. Make no mistake: when looking for the best deals on used tech, Swappa is the only local marketplace that allows you to trust the tech you buy. Period.

For more on safe practices for handling in-person meetups, our recommended meetup locations, or the use of cash, check out our blog posts on buying and selling with Swappa Local.

• Tips on selling a used phone to a local buyer

• Tips on buying a used phone from a local buyer 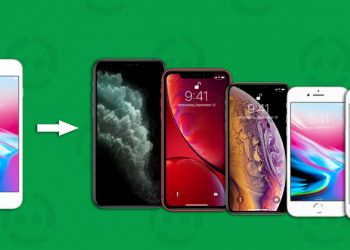 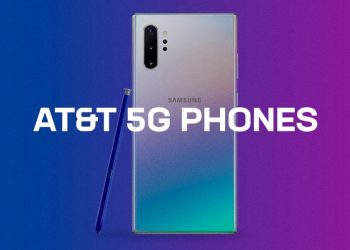